The long awaited solo-single from Alexander Rybak was released on October 12th and is available, since today, worldwide on iTunes and other digital platforms. The story behind the song is very remarkable. It tells the real story of an Israeli girl that started to stalk Alexander three years ago by phoning and sending dozens of messages per day. Even when the phone number was changed, she was able to get the new number again; It went even so far that the girl has managed to travel to Norway this year to find Alexanders parents home and following this.
Instead of going to the police Alexander decided to make a song on this story in the hope that the message will finally become clear.
Alexander promoted already his song this weekend in Moldova during a concert and live tv-shows where he was assisted by Paula Seling. In the first weekend of November, Alexander will be traveling to Belgium to promote the song and attend several tv shows and doing various interviews.
You can watch the live performance of “Leave me alone” below :
[tube]http://www.youtube.com/watch?v=AGoPzM1jdoQ[/tube]
ESCToday is growing and always looks for new members to join our team! Feel free to drop us a line if you're interested! Use the Contact Us page or send us an email at [email protected]! 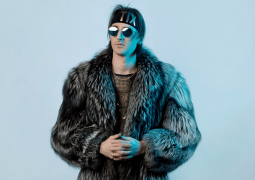 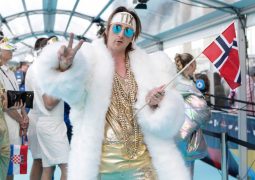 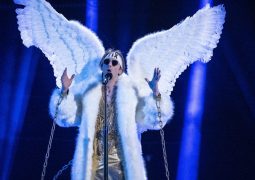