Ictimai the national Azerbaijani broadcaster celebrated its 7th anniversary a few weeks back. Ictimai was resposible for hosting this year’s Eurovision Song Contest in Baku, Azerbaijan.

Azerbaijan joined the Eurovision Song Contest in 2008 and won Europe’s favourite event on its 4th attempt in 2011 with Ell and Nikki’s ‘Running Scared’, hence getting the honour of hosting the event in 2012. During the 2012 Eurovision Song week, Esctoday.com was invited to visit the premises of Ictimai in Baku and attend one of the most popular morning shows Yeni Gun ( New Day). Esctoday got the chance to visit the various television studios, the IT Department etc. at Ictimai.

Ictimai  has been  on air since August 29, 2005 and has its own program policy, hence celebrating  its 7th anniversary this year.

The Azerbaijani national television channel broadcasts and covers a variety of television shows which cover social, economic and political issues. Ictimai is available 24 hours a day through Turksat and Hotbird satellites and online through the web site www.itv.az.

Ictimai – an active member of the European Broadcasting Union (the EBU) since 2007 has  gained a lot of  achievements in the span of its  7-year activity. In 2010 Ictimai   hosted the 64th EBU General Assembly which was attended by the Director Generals of 77 public broadcasters  from 57 countries.

Today, Ictimai is a reliable partner of some of the  the world’s leading TV stations, having reached  a cooperation agreement with Euronews channel, hence  a key partner of Euronews channel in the region. Ictimai is currently collaborating with the  public broadcasters of Albania, Hungary, Austria, Ukraine, Turkey, Poland, Korea, Georgia and  several other countries and plays a key role in the expansion of cross-cultural relations through TV bridges. The TV channel  has acquired exclusive broadcast rights to air  international events, such as Cannes Film Festival, Vienna Philharmonic Orchestra Concert, World Music Awards and Olympic Games. 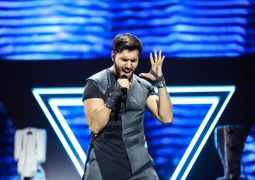 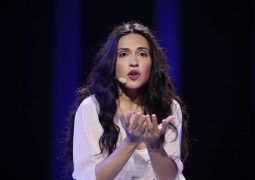