Alexander Rybak is currently visiting Romania for the offcial presentation of his collaboration with Paula Seling. Their song is called I’ll show you and was written by Alexader Rybak himself. The two artists went to the most important Romanian TV stations including the public television TVR and one of the most notorious commercial stations Antena 1 to present their collaboration to the Romanian public.

Paula Seling is a well known Romanian singer and the representative of the country in the Eurovision Song Contest 2010 where she placed 3rd with the song Playing with fire that was performed together with Ovi Jacobsen.

Alexander Rybak is the winner of the Eurovision Song Contest 2009. He won the contest with a record-breaking number of points (387) and his winning song became a well known hit across the European continent.

Watch and listen to Alexander Rybak’s collaboration with Paula Seling : 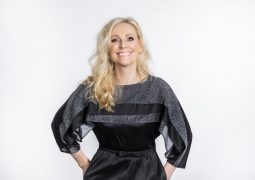