According to reports in Irish media today, the record industry and TV mogul Simon Cowell has been commenting about the Eurovision Song Contest. “I think the BBC should have asked me to sort it out, Let’s just say, I wouldn’t have picked Engelbert Humperdinck”, he is alleged to have said.

Simon Cowell, who became know to the UK audiences as a judge on Pop Idol, went on to be world famous as a judge on American Idol. He then started his own TV production company, and created formats like X-Factor and Britain’s got talent, that have been successfully sold to dozens of countries around the world.

Some weeks ago Simon Cowell has been in constant war of words with the BBC in a tough battle for Saturday viewers. The BBC had their new talent show The Voice UK up against Cowell’s Britain’s got talent (BGT) on ITV. The Voice actually won the battle is some weeks, but BGT eventually fought back. There were even rumours about Simon Cowell being secretly in talks with moving to BBC from ITV. So against that background his alleged comments “let’s just say, if I was asked to do it, I would do it properly. It will happen, but I am not going to give too much away”, he is reported to have said according to breakingNews.ie and other media.

BBC has previously used a music industry professional with success. Jonathan King was in charge of producing the Eurovision Song Contest shows for the BBC from 1995 and even got the UK its last victory in 1997 with Katrina and the Waves. King was later jailed for sex crimes committed in the 1980s, even if King has never admitted to the charges. His career in public life ended with the court case.

Earlier this month the lead singer of British band The Hurts Theo Hutchcraft published a picture on Twitter claiming to be an email from the BBC team asking the band to perform the UK entry at Eurovision this year. The names had been obscured, but the email in the photo was dated in January 2012. Another artist alleged to have declined the BBC’s approaches this year is Jason Donovan.

Engelbert Humperdinck’s Eurovision entry Love will set you free stayed only in the UK top 75 for two weeks. One reason may be that the age group that make the core of his fan base will not be familiar with downloads, and physical singles have virtually disappeared from high street stores.

We have no confirmation to any of these rumours. UK will perform as the first country in the Eurovision Song Contest final on Saturday. 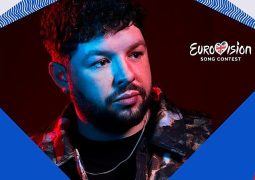