Then there were three! Bologna is the third city to officially send in its application to RAI, in order to host the forthcoming 2022 Eurovision Song Contest in Italy next year. 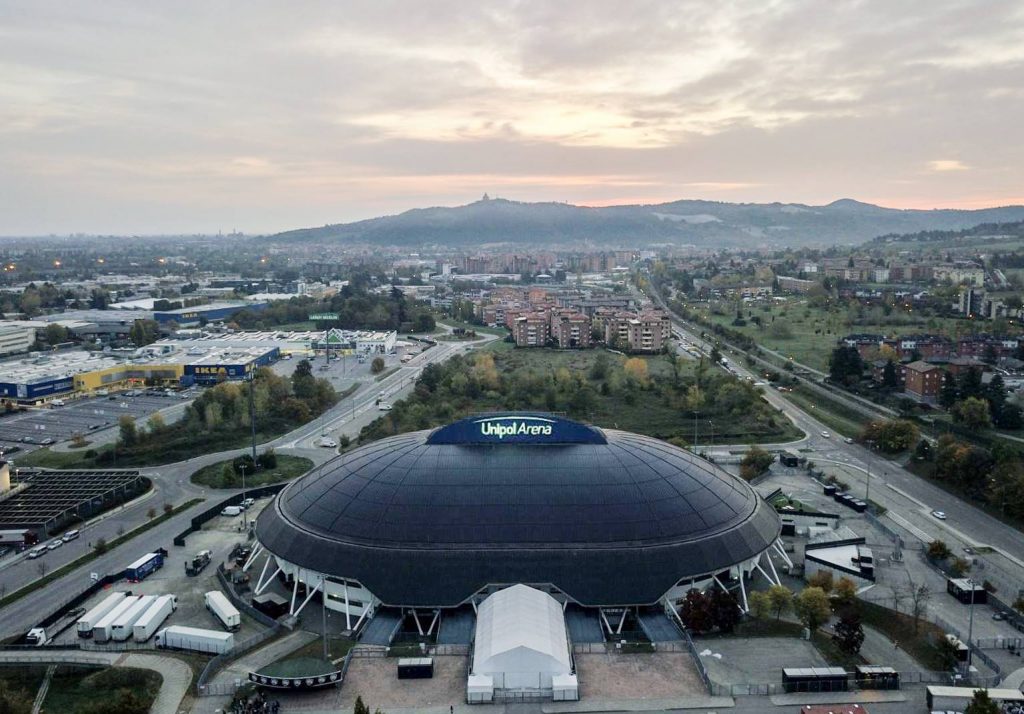 With the deadline for Italian cities to send in their applications to the Italian national broadcaster looming to conclude tonight when the clock strikes to midnight, Bologna, becomes the third city to officially confirm its interest in welcoming the Eurovision bandwagon next year.

Bologna is bidding to host the 2022 Eurovision edition with two potential venues, the Unipol Arena and the Bologna Fairground.

Bologna is served  by the G. Marconi Bologna International Airport with many international connections.  The Unipol Arena can house circa 20,000 spectators.

The Mayor of Bologna has announced via his social media platforms today that Bologna is all set to host the 2022 Eurovsion Song Contest if it wins the bid:

Today I have signed the letter sent to RAI with confirming #Bologna’s candidacy to host the 2022 Eurovision Song Contest.

On the other hand, our city Bologna (UNESCO City of Music) has all the characteristics to host such an important event that the Bolognese would welcome with great enthusiasm.

The preliminary work kicked off the day after Måneskin’s victory in the last edition and we are ready, in collaboration with the Region, to provide Rai with all the clarifications that will be asked from us.

After the victory of # Italy at the European championships we have another opportunity to make our country loved in the world!

Have the dates leaked?

The local newsite goes to mention that the official list of the 2022 Eurovision Candidate Host Cities will be released tomorrow, as the deadline for cities to send in their applications to RAI concludes tonight at midnight CET. According to the newsportal the official announcement of the 2022 Eurovision Host City will be made between the end of August and mid November.

We must note that the EBU usually announces the name of the Eurovision host city by mid- late summer, with the announcement dropping in July (Eurovision 2016, 2018), August (Eurovision 2020) and September (Eurovision 2017, 2019) in previous years.

RAI, the Italian national broadcaster has invited cities across Italy to send in their applications if they wish to host the 2022 Eurovision Song Contest by Monday 12 July 2021. Hereafter the broadcaster will send the rules and requirements for the cities to prepare their respective bidding books.

A total of 12 cities have initially shown their interest to host Eurovision 2022 in Italy next year, but only four of them seem comply with the requirements: Bologna, Rome, Milan and Turin.

The announcement of the 2022 Eurovision Host City is expected to take place by late summer. The deliberation of the 2022 ESC Host City will lie entirely in the hands of RAI and the EBU.