Emmy has released the official videoclip of her 2011 Eurovision entry. Will Emmy succeed in bringing the Eurovision Song Contest to Armenia in 2012? We will get the answer in May. Armenia will be competing in Semifinal 1 on the 10th of May. 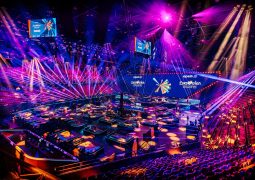