Israeli singer Omer Adam has released a cover version of the 2010 Greek entry in the Eurovision Song Contest Opa in Hebrew. The original Greek version was performed by Giorgos Alkaios & Friends in Oslo.

Many thanks to solico for the contribution. 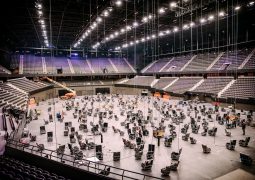