The United Kingdom will choose its Eurovision Song Contest 2017 entry continuing last year’s way, with the national selection Eurovision: You Decide which will be aired on 27 January.

More than two months ago, on 6 October, the BBC has opened the submissions period for the national selection. They are in care of an OGAE UK team. The BBC looks for entries also among the leading professional songwriters among the nation, with guidance from Hugh Goldsmith, the Record Industry Executive and Music Consultant for the BBC.

Those searches will bring up six acts in total, which will be revealed on 23 January on the Ken Bruce Show (BBC Radio 2) and on the BBC’s official Eurovision site.

Eurovision: You Decide 2017 will take place on Eventim Apollo Hammersmith in London, which will accommodate about 5000 viewers and Eurovision fans for the evening. The 90 minutes long show will be hosed by Mel Giedroyc. A panel of three experts, along with the televotes, will choose the British representative. The show will be aired on BBC Two, instead of last year’s broadcast on the niche channel BBC Four. 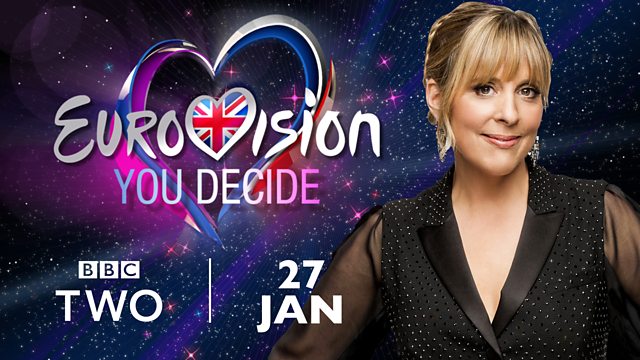 “I’ve been hearing great things about the standard of the songs this year and I just wish January would hurry up so that I can hear the songs and meet the performers! We’ve got an even bigger venue, exciting guest performers and a brilliant expert panel. It’s going to be great.”, said Mel Giedroyc, the host of the show.

Interested in feeling the British excitement live? Tickets for Eurovision: You Decide 2017 are already on sale. Tickets can be purchased via the official ticketing partner Eventim and prices range from £34.25 for a standing ticket to £37 for a seat. 10% discount apply with purchase of more than 10 tickets.

Joe & Jake were the winners of Eurovision: You Decide 2016 and went on to represent the UK in Stockholm with You’re not alone. Although getting 54 points from the juries, low televoting score brought the country to the 24th final place.

Stay tuned to ESCToday for more news regarding Eurovision: You Decide and the United Kingdom at the Eurovision Song Contest 2017!