It seems that Ukraine is getting ready to host Eurovision Song Contest 2017 that according to the preliminary dates will be held on 16, 18 and 20 May 2017. So far, five cities have expressed their interest in hosting the upcoming contest, with the most promising bid so far belongs to the NSC Olimpiskiy Stadium in Kyiv, which is located near the Palace of Sports that hosted the contest back in 2005.

“I’m incredibly proud of Ukraine and grateful Jamala for this victory which is important for all of us. We will do everything along with the necessary preparations to hold the Eurovision Song Contest at the highest level in Kyiv again. The preparations are already underway.” says Vitali Klitschko, the mayor of Kyiv.

There are many new or renovated football stadiums in Ukraine as the country has hosted the UEFA Euro 2012 in collaboration with Poland.

One of the possible venues for the Eurovision Song Contest 2017 is the NSC Olimpiskiy Stadium, with a total capacity of 70,050 in sport events. The stadium has publicily expressed its will to host Eurovision 2017 in an official update mentioning also Jamala’s support for Ukraine’s national football team that is soon to particpate in UEFA Euro 2016. 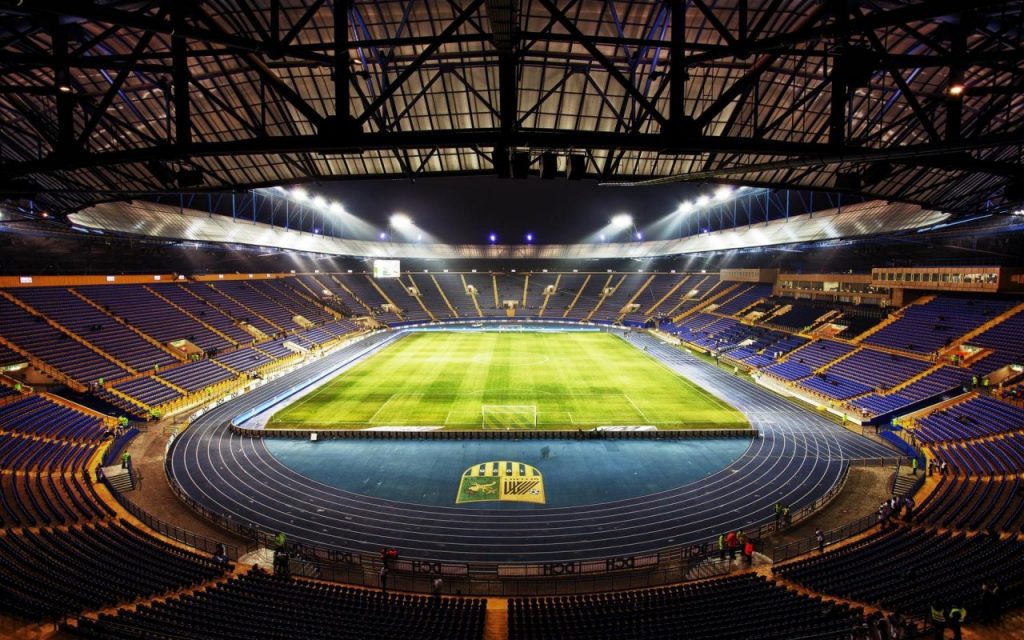 Are we going there for Eurovision 2017? (NSC Olimpiskiy Stadium, Kyiv)

Lviv is another optional city for hosting the contest, offering Arena Lviv with a capacity of almost 35,000 seats in football matches. An indoor complex was supposed to be built in Lviv for EuroBasket 2015. Eventually, the championship was relocated to five cities accross Europe because of the political and financial crisis in the country which made it difficult for Ukraine to host the event. Andriy Sadovyi, the mayor of Lviv, has stated that if needed, the complex can be built in time for Eurovision 2017.

More cities expressing interest in hosting the contest are Odessa, Dnepropetrovsk and Kherson, however without a nominated arena so far.

Ukraine got the right to host Eurovision 2017 following the win of Jamala in this year’s Eurovision final that was held on last Saturday, with the song 1944.