The two-week warning siren is about to sound, and fans – and casual punters – are starting to place their bets on the likely winner of the Eurovision Song Contest 2016. In the first of our traditional round-up of betting odds in the run-up to the final, we take a look at the state of play with a full fortnight to go before the big day.

Russia strides ahead of the pack at this early stage, at odds of evens (2, Coral) or lower; punters taking a chance on Sergey will be lucky to double their money if he scoops the prize.

There’s a small gap between him and the current second favourite overall, France’s Amir, who is commanding odds of around 3 to 4 (SkyBet). France has been an early favourite in another recent contest, when Amaury Vassili was hotly tipped to do well. Sadly for him, it didn’t work out, but can Amir succeed where Amaury failed, and carry that momentum to the final?

Russia and France, together, are the clear frontrunners right now; the next closest challengers are a good 10 clicks or so behind them. Australia leads this pack at the moment, with Dami Im set to earn backers 10 to 14 times their stake if she wins. She follows in the footsteps of debutant Guy Sebastian, who was likewise a big favourite in the 2015 edition. Guy finished in a strong fifth position, but Dami’s current third place in the betting odds suggests that she might have the support to go a couple better.

Host Sweden nudges in behind Australia on fairly similar odds across the board, although with maximum odds of 16 (Totesport and Betfred), confidence is slightly lower in a consecutive win for the country. Bulgaria – often a rank outsider in recent contest betting – nestles in right behind Sweden, attracting similar levels of modest confidence. Could this signify a long-awaited return to the top five for the country?

It can be equally revealing to take a look at the bottom of the pile, and at this point, we find a whole cluster of countries boasting odds of anywhere between 300 and 500. San Marino and Moldova are the winners of this race to the bottom right now, with Moldova netting lucky punters on Marathon Bet 1000 times their stake if Lidia Isac wins!

As always, it’s important to remember that betting odds reflect the pooled confidence of thousands of punters placing their cash on favourites, be they songs expected to do well, or favourites they hope will do well. However, they can be remarkably accurate; the pooled bookies list correctly predicted the entire top five of the final vote. Be sure to stay tuned throughout the next two weeks, as rehearsals shake up the list, and we get closer and closer to what might be another startlingly precise prediction! 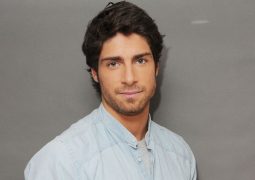