SVT, the Swedish national broadcaster, has announced that it has received 2,530 entries for the forthcoming edition of Melodifestivalen.

SVT’s special jury will now evaluate all the submitted entries and shortlist them for the competition under the supervision of Ms. Karin Gunnarsson (Melodifestivalen Producer/Swedish Head of Delegation).

It is incredibly fun to see how engaging the Melodifestivalen is. For the past ten years, we have received an average of 2,500 grants each year. I can not help but think of the musical breadth that exists in our country and the joy of writing that makes the Melodifestivalen replenish the Swedish song treasure every year. Like this year. Many of this year’s Mello songs are still streamed and several are played regularly on the radio, says Karin Gunnarsson.

It is always just as exciting to hear what has come in. It will be great fun to take part in all the contributions and start working on a strong starting field that will compete in the Melodifestivalen 2022.

Melodifestivalen 2022 will be hosted by Oscar Zia and will kick off in February and conclude in March.

Sweden has been enjoying much success in the competition in recent years, Nordic country has achieved 8 TOP 10 placings in the contest in the past 10 years including 2 victories.

In 2021 Tusse won the Swedish national final and flew to Rotterdam with his entry  ‘Voices‘. 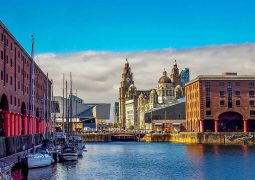