NPO, the Dutch national broadcaster, held a special press conference at the Rotterdam Ahoy in Rotterdam in order to give an update on the preparations for the forthcoming 2021 Eurovision Song Contest. 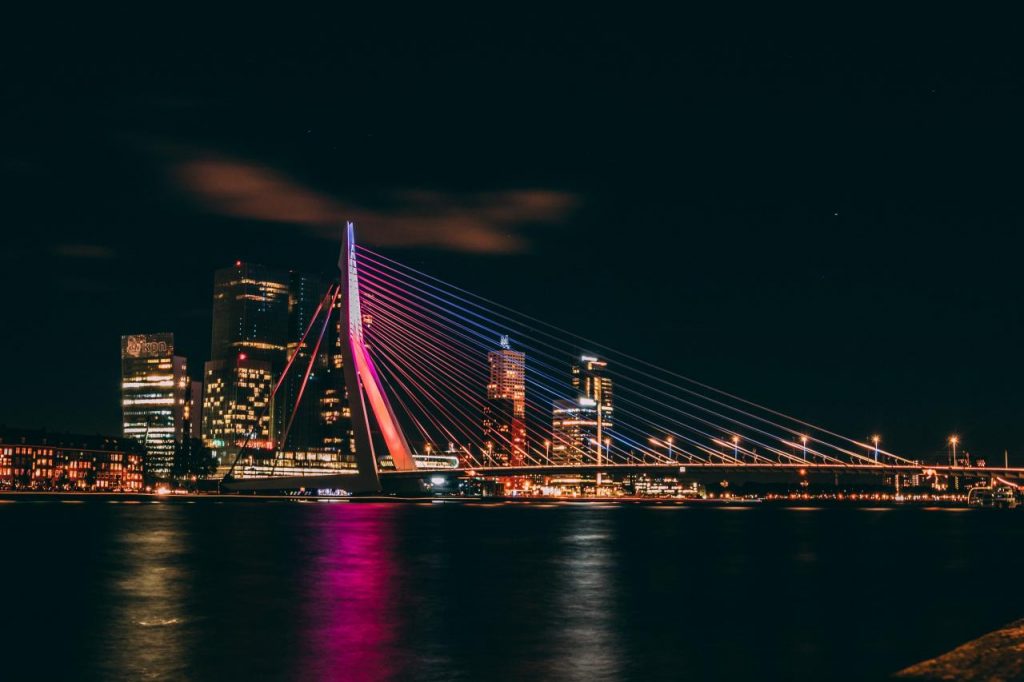 The Eurovision  Song Contest will carry on as normal with the 9 shows taking place at the Rotterdam Ahoy with a packed audience and all participating delegations and artists. Rotterdam will hold numerous side events and activities as is custom in a Eurovision Song Contest host city.

This plan depends on the feasibility of the COVID-19 vaccine and the availability of reliable testing.

The Eurovision Song Contest would be held with a social distancing of 1.5 meters and delegations would be able able to travel to Rotterdam in smaller numbers.

Everyone present at the Eurovision Song Contest in Rotterdam would need to practice social distancing and remain 1.5 meters from each other at all times.

Again, there would be 9 shows, with an audience in the arena, but with limited capacity to allow for social distancing.

Teams from each participating broadcaster would travel to Rotterdam, but with limits on the number of people in each delegation and on the number of press who could attend. Activities in and around Rotterdam would be adapted accordingly.

Because there would be less space for the audience in this scenario, a new seating layout would have to be made. If that happens, a fair draw will be held to decide who can still attend each show. There will be more information about this in the first months of 2021. Anyone who is unsuccessful in the draw will, of course, be refunded the full purchase amount for their tickets.

The Eurovision Song Contest would take place with travel restrictions and acts who can’t travel to Rotterdam will perform from their home nations.

A Eurovision Song Contest, probably also socially distanced, from Rotterdam’s Ahoy Arena as in scenario B, with 9 shows and a limited number of audience members in the arena.

If there are any delegations who cannot travel to Rotterdam, their artists will perform from their own country.

All performances in the shows will be brought together in Rotterdam. The entries of the countries that are allowed to travel and the opening and interval acts will still be performed live.

In case there is a lockdown again the Eurovision Song Contest will take place without an audience and without any side events or activities in Rotterdam.  The competing acts will perform from their home countries and the show will be broadcast from Rotterdam as the upcoming 2020 Junior Song Contest.

The EBU and the 2021 Dutch Eurovision broadcasters (NPO, NOS/ AVROTROS) will make a deliberation on the plan they will opt for in the early months of 2021.

As a public broadcaster, when you win the Eurovision Song Contest, you want to make the best Eurovision Song Contest ever. You want to do better than the previous year. A lot of work has been done and a lot of knowledge has been gathered. We have learnt a lot over the last year, but I also know that the months ahead will be challenging. We have to think of how we can make the Contest happen no matter what. It brings new challenges, but the ambition to make it happen and to make the best Contest to date, that ambition is definitely still there.

Regarding the stage Sietse Bakker says:

The stage will be carried over to next year because that was already prepared. Apart from that, a lot depends on what is possible at that time, on the availability of all those involved and on what fits the spirit of 2021.