BNT, the Bulgarian national broadcaster has unveiled its Eurovision scheudule for May which includes rebroadcasts of past Eurovision editions, the special alternate show and an online voting for the Bulgarian public to select their ESC 2020 winner.

Following the untimely and unprecedented cancellation of the 2020 Eurovision Song Contest many of the participating countries have opted to run a full Eurovision schedule in order to replace the cancelled Eurovision 2020 shows.

BNT will be broadcasting past Eurovision editions where Bulgarian acts shined (2007, 2016, 2017) and will be running an online voting enabling its audience to choose their Eurovision 2020 winner. The broadcaster will be also broadcasting the 2015 JESC edition. 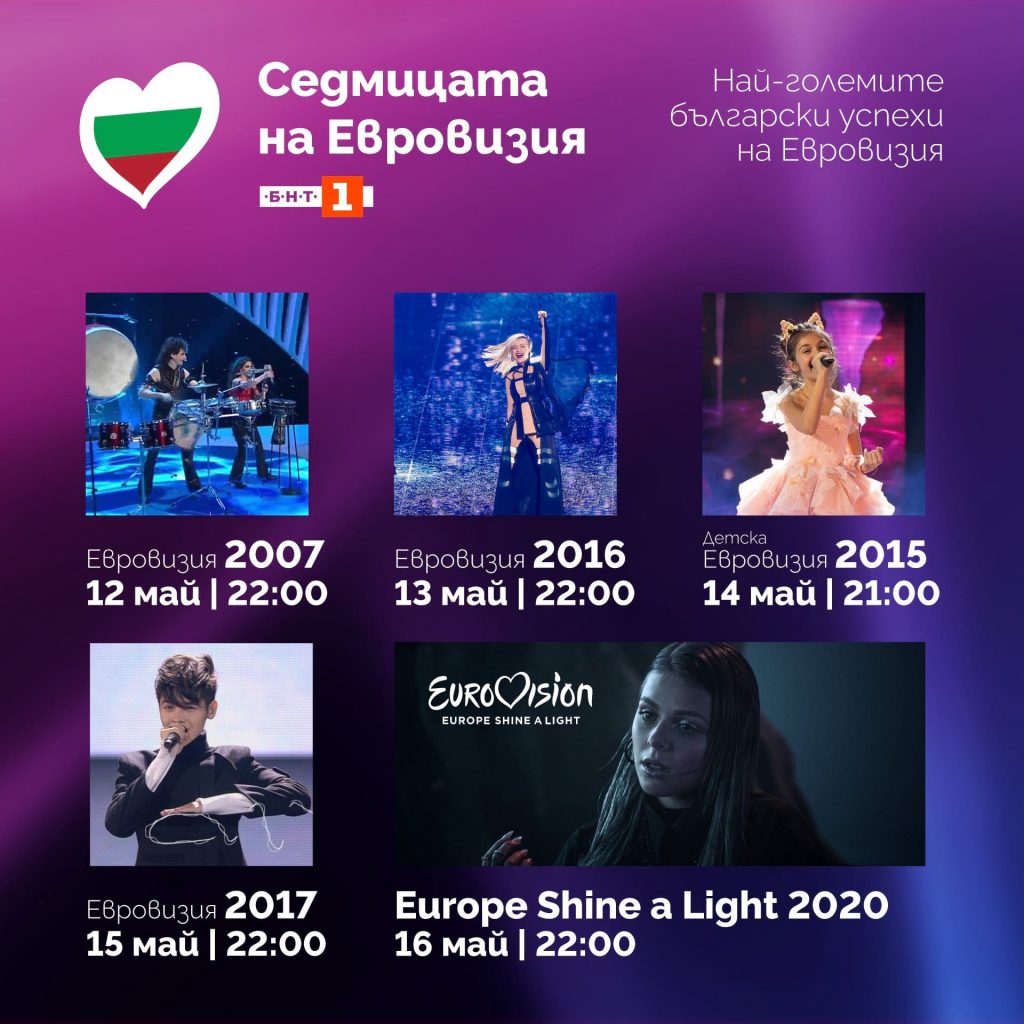 Victoria was set to represent Bulgaria at the 2020 Eurovision Song Contest with her entry ‘Tears Getting Sober‘, she will be returning to the competition in 2021 in order to defend the Bulgarian colours at the competition.