Blue, who represented the United Kingdom in Eurovision 2011 with their song I can, have backed pop-group Steps to be the next UK entry for the Eurovision Song Contest.

The two groups, who are currently on a UK tour together, have been discussing the possibility of Steps following in Blue’s footsteps. When asked about the Eurovision possibility by the Edinburgh News, Steps-member Claire Richards says “You never know. Never say never”. The singer continued:

Well, if you ask H, he will say yes; if you ask the rest of us, possibly not.

We had such an amazing year last year and still coming into this year, we are enjoying that wave at the moment.

When the rest of Europe like us, which will probably never happen, then maybe.

They said, ‘This is a song from Eurovision and H tweeted the other day he’d love to do Eurovision’. And they went, ‘We think they should do it!’, so box ticked from Duncan.

Blue previously participated at the 2011 edition of the Eurovision Song Contest, becoming the first internally selected band to represent the United Kingdom at the competition. The group eventually placed in 11th position at the Grand Final with their entry I can.

Blue’s perform at the Eurovision 2011 final

You can see if Steps are Eurovision worthy, and relive one of the most successful UK Eurovision entrants in recent years, on the Summer of Steps tour. More information on the dates and venues can be found via their official website.

Steps are a British pop-group who received much success in the UK and beyond back in the late 90s and early 2000s, reaching the music market with their pop-dance genre.

The group had many hits over the years, some of which include 5, 6, 7, 8, Stomp, Deeper shade of blue and One for sorrow.

Splitting in 2001, the group have returned in recent years as part of their reunion tour, which has since resulted in the release of their 2017 album, Tears on the dancefloor, an album which has very music stayed true to the band’s original sound from the past years.

Would you like to see the band on the Eurovision stage in the upcoming years? 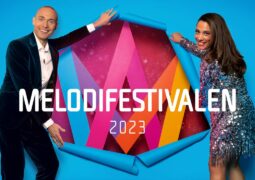