Last week, TVE confirmed that the 2018 Spanish Eurovision representative will be selected via Operación Triunfo 2017.

The show has slowly but swiftly gained back much fame and name in Spain and has set the social media platforms on fire. Circa 2 million viewers tuned in to see last Monday’s show.

One of the 16 participants will be awarded the golden ticket to fly to Lisbon in order to defend the Spanish colours at the 2018 Eurovision Song Contest. 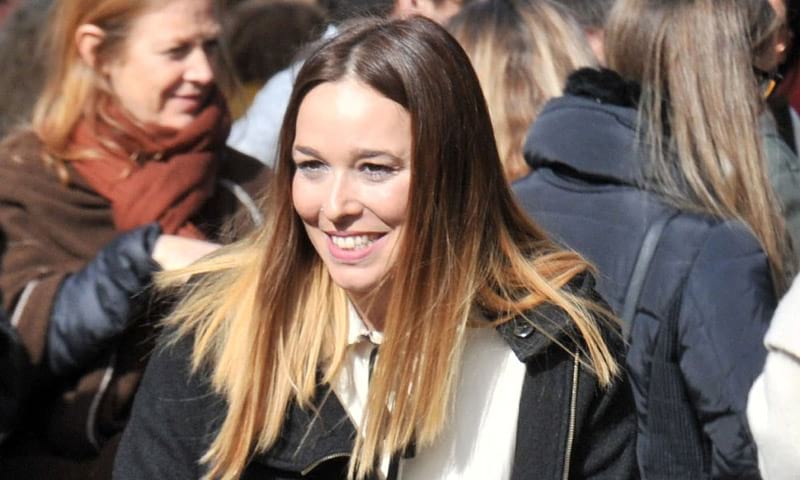 Beth placed 3rd in the 2nd edition of Operación Triunfo and won the golden ticket to Riga with her entry Dime. She represented Spain at the 2003 Eurovision Song Contest and placed 8th in the Grand Final.

The Catalan born artist got the chance to visit the 2017 OT Academy and mingle with the young hopefuls.

Beth shared her OT and Eurovision experiences with the aspiring hopefuls during the meet up. She told them that she was returning to the academy after 15 years.

She commented that she stayed 4 months in the academy and had lived many great moments and experiences inside.

Regarding Eurovision, she told the OT 2017 participants that it was an amazing experience but that she had gone to the contest with a song that she didn’t like.

She said that her Eurovision entry Dime was not her type of song, and she didn’t embrace it when she went to Riga. She was overwhelmed with how popular the song was amongst the Spanish public.

Beth went on to comment that she was under a lot of pressure when she went to Eurovision, as there were high expectations and it was just a year after Rosa’s participation.

She told the young artists that Eurovision is a great opportunity for their careers and if they are to compete in the contest, they should make the most of it.

Beth is very grateful to Operación Triunfo as she has achieved many things thanks to her participation in the talent show.