A big part of the old selections have been already rebroadcasted frequently during IBA’s nostalgic broadcasts, but some have been digitized and prepared for broadcast only for this farewell gift. The full broadcasts are also available on YouTube, and for now it is possible to revive the excitement of Kdams 1991, 1993 and 1995. We suggest to subscribe to IBA’s YouTube channel as other rebroadcasts of Kdams will be probably uploaded.

One of the only two Israeli selections held with a live orchestra (the other being 1987) in Binyaney Ha’uma in Jerusalem, which also hosted the two Eurovision Song Contests held in Israel so far (1979, 1999). Won by Orna & Moshe Datz who went on to finish 3rd in Rome with Kan.

Won by Saraleh Sharon & Group Shiru who went on to finish 24th in Millstreet. David D’or finished 4th and went later to represent Israel in Eurovision 2004.

Won by Liora who went on to finish 8th in Dublin. The runner up was Dana International who won the Eurovision Song Contest three years later with Diva.

Earlier this year, Hovi Star finished 14th in the final of the Eurovision Song Contest 2016 with his song Made of stars. For Eurovision 2017, Israel might use Rising Star for the third year in order to find its representeative, but the new broadcaster IPBC is also looking for some alternatives. 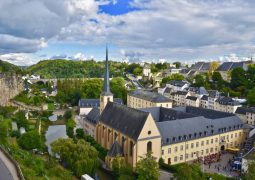