The referendum on the EU status of Britain has caused some confusion about their Eurovision participation. Rest assured, whether the UK choose to remain or leave, their position in the Eurovision Song Contest will be entirely safe.

David Cameron, the Prime Minister of the UK who is campaigning to remain in the EU, spoke about this himself in Parliament in April this year. When asked about the worst argument he had heard in the debate, he responded:

I think probably the one that we’d get out of the Eurovision Song Contest – I think that would not only be very sad but I think given that Israel and Azerbaijan and anyone anywhere near Europe seems to be able to compete – [even] Australia – I think we’re pretty safe from that one.

More than half of this year’s Eurovision competing nations were not in the EU, including countries as distant as Israel and Australia, meaning Britain’s future in the contest is not at risk. In fact, none of the podium finishers this year are EU members, but six of the top ten are.

The president of OGAE UK, Alasdair Rendall, also reassured fans that Britain’s place would not be under threat if voters back Brexit in the June 23 referendum. No, we would not be barred,’ he said earlier this year.

All participating countries must be a member of the European Broadcasting Union. The EBU, which is totally independent of the EU, includes countries both inside and outside of the EU, and also includes countries such as Israel that are outside of Europe. Indeed the UK started participating in the Eurovision Song Contest in 1957, 16 years before joining the then European Economic Community [which went on to become the EU].

A spokesperson for the Eurovision Song Contest also confirmed Britain’s place in the contest to the British press.

The European Union and the European Broadcasting Union are two entirely different organisations. The European Union is a politico-economic union originally established in 1957, under the name of the European Economic Community. It was set up as a community to share coal, steel and for trade in a peaceful post-war Europe. In 1993 it changed its name to the European Union, and nowadays the current 28 member states work together in justice and foreign affairs, as well as politics and economy. Members are also able to travel freely between other member nations. 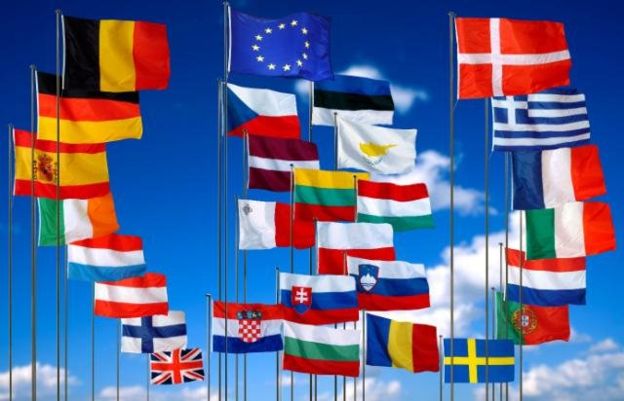 The European Broadcasting Union is an alliance of public service media entities formed in February 1950 in Torquay, England.  There are 73 active broadcasters in 56 member countries, mostly European, and a further 34 associate broadcasters from a further 20 countries, mostly non-European. Currently, Kosovo, Liechtenstein, Morocco, Palestine and Qatar are candidates to become members. The EBU only organises broadcasts; it has no political power. It is in charge of broadcasting most pan-European events, most famously the Eurovision Song Contest we all know and love, and EBU membership is essential to both broadcast and compete in the contest. Most EBU broadcasters also have a group deal to carry the Olympics and FIFA World Cup.

Many countries which regularly compete in the contest have never been part of the European Union. Most surprisingly, the western European nations of Norway, Switzerland, San Marino and Iceland are not members of the EU, although many presume they are. Norway, Switzerland and Iceland all previously submitted membership applications, but subsequently froze them.

Frequent contestants Serbia, Montenegro, Bosnia-Herzegovina, FYR Macedonia and Albania are potential EU candidates. This means that they have expressed wishes to become members, but must first meet conditions known as the Copenhagen criteria. These include a free-market economy, a stable democracy and the rule of law, and the acceptance of all EU legislation.  These negotiations take time to complete, and the candidates are supported financially, administratively and technically during this pre-accession period. Montenegro and Serbia are both currently negotiating terms, Albania and FYR Macedonia are both candidates and Bosnia-Herzegovina are a potential candidate awaiting the results of their application.

Countries such as Armenia, Georgia, Azerbaijan and Russia have no part in the European Union, yet are all regular (and successful) Eurovision competitors due to their membership in the EBU. However Armenia, Azerbaijan, Belarus, Georgia, Moldova and Ukraine form the Eastern Partnership – an initiative of the European Union governing its relationship with the post-Soviet states, set up in 2009.

This year, the hosts of the 2016 Eurovision Song Contest, Petra Mede and Måns Zelmerlöw, welcomed the audience with a reminder that competition was founded in 1956, after Europe had been ravaged by war.

And Mede added: “Now we set aside any differences we have.”

Whilst certain factions of British media claimed these statements refer to the current political climate in Britain, it is at once hubristic and paranoid to link a statement of peace with any one of the many crises faced by the nations of Eurovision.

Martin Österdahl, the Executive Producer of the 2016 Eurovision Song Contest explained that the message of unity was one of the reasons behind the theme this year. He said:

Indeed the peaceful, unifying concept of uniting and “Coming Together” is one we should all learn from.

The United Kingdom participated in the Eurovision Song Contest 2016 with Joe & Jake and their song You’re not alone, which finished in 24th place with 62 points.