Swedish musician Stefan Örn is one of the most successful songwriters in the recent history of the Eurovision Song Contest, all the songs written by him and submitted in Europe’s favorite TV show placing in the top 5 of the grand final with ‘Running Scared’ winning it all in 2011. Esctoday.com decided to have a chit chat with the man behind Safura’s ‘Drip Drop’, Ell & Nikki’s ‘Running Scared’ and Sabina Babayeva’s ‘When the music dies’.

Esctoday.com :  Hello, Stefan! You’re the author of the last three Azerbaijani entries in the Eurovision Song Contest. All of them scored a top 5 placing, the most successful being “Running scared” that actually won the first place in 2011. What’s the success recipe in Eurovision? You seem to know it.

Stefan Örn : “Well, I don’t think there is a recipe for winning Eurovision but there´s many things  important. I think the song needs to be direct and powerful and the performance needs to fit the song.  Also, you need to work with the right people.”

Esctoday.com : ‘Drip Drop’ was your first contact with the Eurovision Song Contest. That year Azerbaijan’s Safura was the hot favorite to win the contest. Do you think that the unlucky draw (she performed first in the grand final) had anything to do with the result?

Stefan Örn : “Maybe, but that was not the only thing. Lena had the song this year, her song was simple, direct and charming and together with her performance it was perfect. But I think Safura did really well too.”

Esctoday.com : The following year, Ell & Nikki won with the song “Running scared” and made their home nation proud. How much this victory means to you?

Stefan Örn : “Well, it’s an honor to win Eurovision. Now I´m in the same books as ABBA and that feels good ;)”

Esctoday.com : In 2012, yet another song penned by you got to represent Azerbaijan. ‘When the music dies’ is a rather unconventional ballad with a fine traditional Azerbaijani touch. Was it difficult to combine modern music with the traditional instrument that is used for this song?

Stefan Örn : “It’s always tough to find the right sound for a song especially for Eurovision. It’s so easy to get in to the Dance/beat/loop area and I didn’t wanna do that so the Azeri instruments was a beautiful touch to the song. I was not really convinced at the beginning but after I moved around stuff it turned out beautifully. I need to thank my friend and co worker Pavlo Grytsak from Euromedia for pushing this idea.”

Esctoday.com : The next questions comes out naturally. Are you going to be involved in the Eurovision Song Contest 2013 as it takes place in your home country Sweden?

Stefan Örn : ” I don’t think so. I´m a rock guy and have my own band “Apollo Drive”. We´re working on our upcoming album and probably going on tour spring next year. I have already turned down a couple of proposal. For me it’s important that I both write and produce the song so I need time in my calendar for that. I never use old songs for the pitching for Eurovision because I want to write something that fits the artist so me and my writing partner Sandra Bjurman used to sit down and watch the artist and then write 7-8 songs just for her/him. I will not write for Sweden this year but if right country/artist/ turns up I´ll think about it ;)”

Esctoday.com : Ruslana’s brand new album features two songs co-written by you on it. How was it to work with the national artist of Ukraine?

Stefan Örn : “It was really fun, we had a great time in studio and Ruslana is fantastic.”

Esctoday.com : Are you a Eurovision fan? Do you usually watch this event?

Stefan Örn : “No, not really but I think Eurovision is getting bigger when it comes to get songs/artist out there so you cant ignore that the quality of the top 10 songs is getting better every year. And last year there was a couple of song from really big pop writers.”

Esctoday.com : What’s your opinion about this year’s winner Loreen?

Stefan Örn : “Loreen together with her song was probably best thing that could happen to Eurovision. She´s a star.”

Esctoday.com : What are your plans for the future?

Stefan Örn : “Right now I´m working with Kat Von D, and then I´m going to finnish my band Apollo Drive´s upcoming album. It’s the best thing I´ve done since I started to write and produce. I´m really happy with the outcome of the album and I´ve just finished the production of the next big thing from Warner Germany, a burlesque girl group called Sinderellas. Very interesting…”

Esctoday.com : And finally, do you have any message for the readers of esctoday.com?

Stefan Örn : “I´ve seen Coldplay, Bruce Springsteen, U2, Rolling Stones etc but when I came to the Eurovision arena in Dusseldorf 2011 it was magic. The fans were crazy and I loved it!” 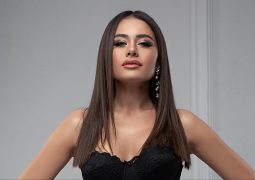 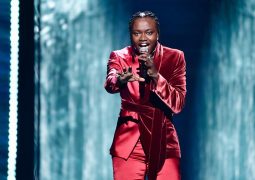 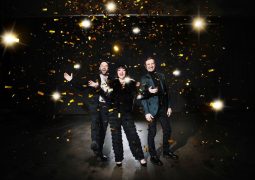 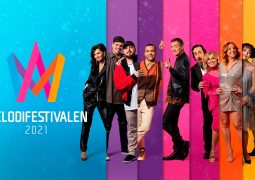