Serbian trio Moje3 have won this year’s Barbara Dex Award for the worst outfits on the stage of the Eurovision Song Contest.

The Barbara Dex Award, organised each year since 1997 by fansite eurovisionhouse.nl, has become a tradition among the fans of the contest who vote for the act they believe wore the worst outfit during their Eurovision performance. The Award is named after the 1993 Belgian representative whose awkward, self-made outfit made a lasting impression even though her song didn’t.

This year, Moje3, who represented Serbia, won by a landslide leaving Roman Cezar in second place followed by Moran Mazor from Israel in third. 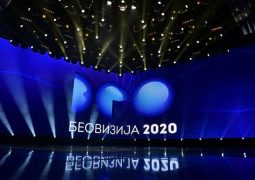