German star Roman Lob will visit sixteen cities in one month. He will be touring around Germany to promote his album. In August Roman Lob released a brand new song entitled Call Out The Sun.

“Call Out The Sun is one of my favourite songs on the album,” said Roman. “I am really looking forward to present the song at various open-air festivals and in my tour” stated Roman Lob while interviewed by the German press.

His latest release was written by the renowned producer team Daniel Stroyanov, Leonard Valentin Lazar and Duncan Townsend. Roman Lob will kick-off with his tour tomorrow in Hamburg and finish it on 16th November in Nurnberg. More information about his tour can be found here.

Roman’s Eurovision entry Standing Still has charted high in Germany. The young talented singer has gained much popularity both in Germany and Austria since his victory at the 2012 German Eurovision national final Unser Star Fur Baku. 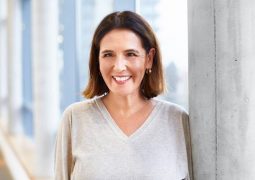