One of the Danish Eurovision Song Contest winners, Jørgen Olsen of the Olsen Brothers, has been inspired by the success of Mamma mia, the musical based on Abba songs seen by 35 million people so far, and is reported to be producing his own show. The light-hearted musical will feature song from the Olsen Brothers repertoire from over four decades.

The musical show is about a young man’s desire to make it in the music industry, Jørgen Olsen tells the Danish paper BT. It is part based in Olsen’s own experiences early on in his career as well as modern TV shows like X-Factor of The Voice.  He also promises the audience can expect to hear the Eurovision winning Fly on the wings of love. Jørgen tells the paper he is not expecting to get the audience numbers reached by Mamma mia, but is hoping for some interest from Sweden Germany at least in addition to the Danish home crowds.

It was reported this summer, that the dance cover of Fly on the wings of love has become a surprise hit in India, and the brothers have been invited over there for a cultural festival in October.

Jørgen Olsen has taken part in the Danish national finals in total 9 times, 6 times of these with his brother Niels. In 2001 they won the Dansk Melodi Grand Prix and went on to win the Eurovision Song Contest with Fly on the wings of love.

Watch the brothers perform their Eurovision winner in 2012 below 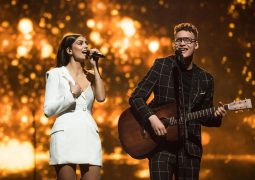 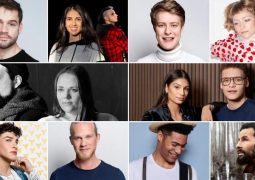