Pastora Soler the 2012 Spanish Eurovision representative will be honoured yet again. This time she will be awarded the title of  Turista De Honor 2012 (Tourist of Honour 2012) in Nerja, Malaga.  The Andalucian coastal city will be celebrating the Day of  The Tourist on the 5th of September, where  Pastora has been invited as guest of honour.

Pastora Soler who is a well known Spanish artist has been very busy since her Eurovision experience last May, touring Spain and making various television appearances and attending many events across Spain. Pastora Soler represented Spain at the 2012 Eurovision Song Contest with the song Quedate Conmigo, achieving a 10th placing in Baku last May.  Both her Eurovision performance and entry have received great recognition and appreciation in Spain and overseas.

Last month the Spanish artist released the English version of her Eurovision entry Quedate Conmigo ( Stay With Me).Pastora recorded Stay with me in 3 weeks time.

Pastora Soler- Stay With Me ( English version of Quedate Conmigo) 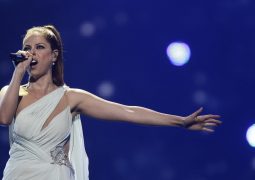 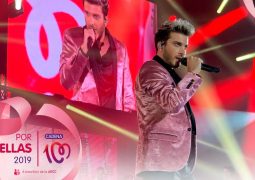