SBS, the Australian national broadcaster, has released its Eurovision 2021 coverage schedule with a grand line up of shows for the Aussies to enjoy! 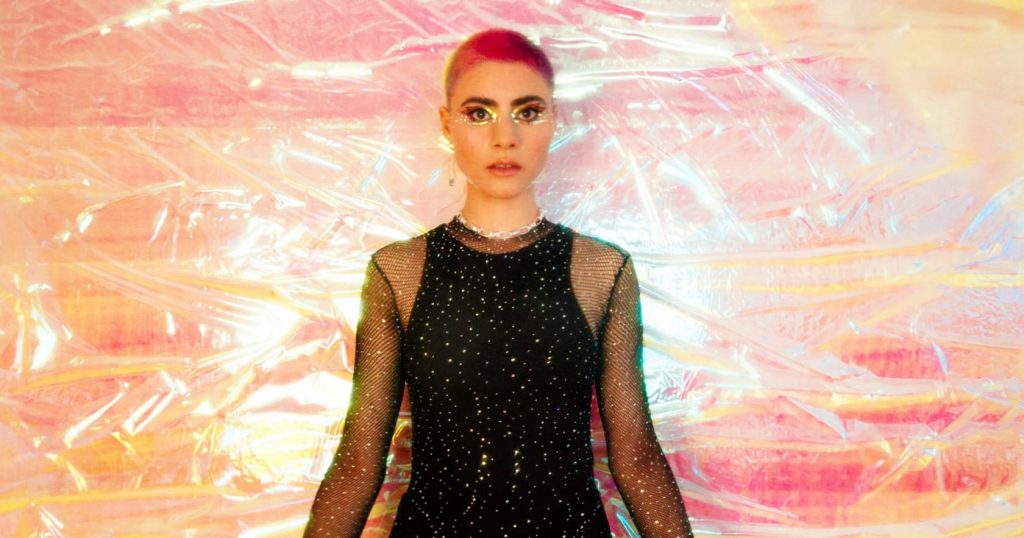 The fortocoming 2021 Eurovision Song Contest is about to kick off in the Netherlands as Montaigne, the 2021 Aussie Eurovision hopeful, is all set to represent Australia at Europe’s favourite television show. The contest will be broadcast live and in primetime exclusively on SBS and SBS On Demand from 19 to 23 May.

I’m very excited to reveal Technicolour on the “Eurovision stage”! It’s colourful and shiny and I’m very proud of it.

With early morning LIVE broadcasts of Semi Final 1, Semi Final 2 and the Grand Final for immediate results and voting along with Europe, and primetime broadcasts for fabulous Euro-themed parties around the country, there are plenty of opportunities to get behind Montaigne and join in the fun of picking favourites from the 39 competing nations, each bringing a taste of their own musical culture to the contest.

Music buff Myf Warhurst and comedian Joel Creasey will once again be responsible  of SBS’s Eurovision coverage to bring Australians every angle of the contest as they explore the razzmatazz, kitsch, political voting, showbiz, cultural displays and heart of Eurovision. They will commentate from Australia.

Australia goes Eurovision in May

After last year’s cancellation, SBS is thrilled to again be bringing all the technicolour glory of Eurovision to Australian audiences. This year’s broadcast is shaping up to be one for the history books. 39 different countries are competing and the diversity of music, art, staging and language is nothing short of extraordinary. The production quality and technical wizardry of Eurovision will also be taken to the next level and we know all of Australia will be cheering on Montaigne as she represents our country to an audience of nearly 200 million people.

In some ways it’s the biggest challenge we’ve ever had, to try to qualify from a distance without the incredible stage production in Rotterdam. But we’re excited with our concept, and Montaigne can really hit the notes of the song, and so we believe we’re incredibly competitive. Exciting! Please get behind her, she’s quite amazing to accept this challenge – come on Montaigne!

As per the official Eurovision rules, viewers can vote in the Semi Final in which their country is participating, as well as the Grand Final. The viewers’ votes make up 50% of the final result. The other 50% of the vote is decided by a National Jury in each participating country. Australia’s jury will be announced soon. The jury and Australian public can vote for any country except Australia.

For Australian viewers, this means they will need to tune into the LIVE broadcast of Semi Final 1 on Wednesday May 19 at 5am (AEST) and the Grand Final on Sunday 23 May at 5am (AEST) by texting the numbers that appear on screen during the live broadcasts.

Eurovision Song Contest: The Story of Fire Saga  follows the story of small-town musicians Lars Erickssong (Will Ferrell) and Sigrit Ericksdottir (Rachel McAdams), who form the Icelandic duo, Fire Saga. The pair are given the opportunity of a lifetime to represent their country in the world’s biggest song contest, and have a chance to prove that any dream is worth fighting for.

Myf and Joel have also put together a playlist of their favourite SBS TV series to celebrate this year’s live event. The ‘Myf and Joel Guest Curate’ collection will stream on SBS On Demand from 14 May.

Montaigne was crowned the winner of the 2020 Australian national final and was set to represent Australia at the 2020 Eurovision Song Contest in Rotterdam with her entry Don’t Break Me. Unfortunately the event was cancelled due the COVID-19 pandemic. Hereafter SBS extended an invite to the multi talented artist to return to the competition in 2021. She will represent Australia at Eurovision 2021 with her entry ‘Technicolour‘.