NPO, the Dutch national broadcaster,  is all set to embrace the forthcoming 2021 Eurovision Song Contest with open arms with a massive coverage schedule line up in the lead up to the Grand Final. Eurovision will be the main theme on most tv and radio channels in the Netherlands in the coming weeks as the ESC madness comes to Rotterdam! 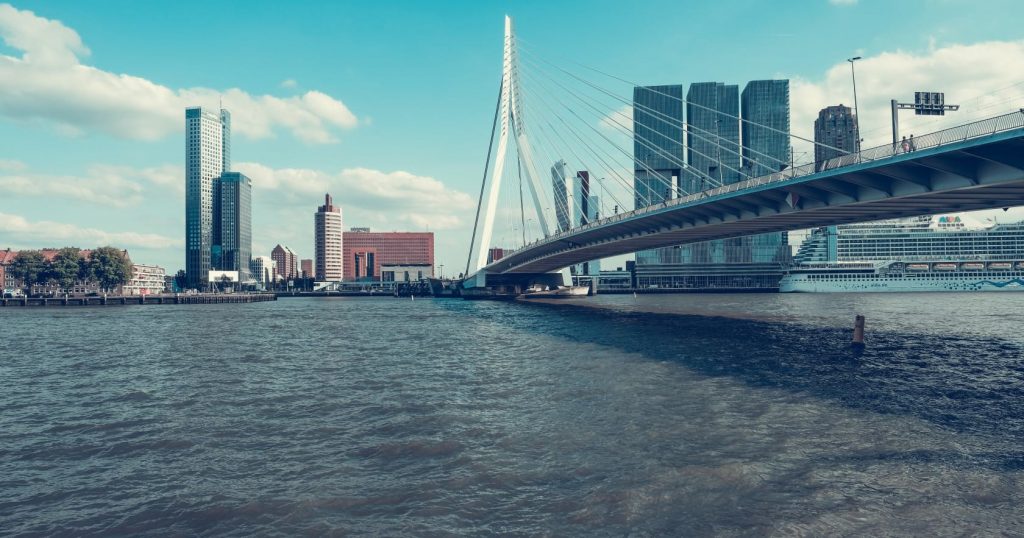 NPO is counting down to the 2021 Eurovision Song Contest 2021 with a grand variety of shows and special programs.

The Eurovision Song Contest 2021 (NPO / NOS / AVROTROS) is rapidly approaching. In a month’s time, on Saturday 22 May, the final will take place in Ahoy Rotterdam. In the coming weeks, Dutch Public Broadcasting will be counting down to the semi-finals and the end show in numerous programs, which is expected to be followed by 180 million viewers in dozens of countries.

The Eurovision Song Contest is a grand, connecting music spectacle that many Dutch people are looking forward to, along with countless other fans from all over the world. A celebration that is more than a one-off TV program or a concert.

A tombola of music movements and many cultural expressions: dance, theater, music, but also innovation and technology in the field of TV production. And of course that includes a rich NPO programming: via TV, radio, online and on demand.

Good morning Netherlands, Time for MAX, De Vooravond and Op1 will be live from Rotterdam throughout the Eurovision week and NPO Radio 2 will also report extensively on the spot. In the coming weeks we will bring everyone together in numerous broadcasts: young, old, all colors, all sounds. It’s public service broadcasting at its best; traditionally the home of the Eurovision Song Contest.

More Music in the Classroom (can be seen via schooltv.nl) NTR

The Official Song Contest Podcast  gives a unique look behind the scenes at the organization of the Eurovision Song Contest in Rotterdam. Eurovision aficionados Lammert de Bruin (De Showbizzmoord, EenVandaag) and Ruben Messelink (EenVandaag) will be updating the listeners on all the ins and outs in the run-up to the Grand Final on Saturday 22 May. Bart Arens and One’sy Muller will be sharing special stories behind Eurovision classics. A new episode will run every Wedneseday until Monday 10 May, hereafter the show will air daily. This podcast can be listened to via the NPO Listen app, the NPO Radio 2 site or app and other podcast platforms.

In Bureau Eurovision, Jeroen Kijk in de Vegte will go on air from the Euromast in Rotterdam with various Eurovision experts in search of the successul formula to win the Eurovision song contest one more time. What makes a good artist? How do you deal with the press madness? And does every act need a hamster wheel? To find the answers to this, Jeroen will be speaking with Duncan Laurence, Nikkie de Jager, Edsilia Rombley and a panel of former participants and winners. To be seen weekly on the YouTube channel of NPO Radio 2, broadcast days: April 26, May 3, 10 and 17. 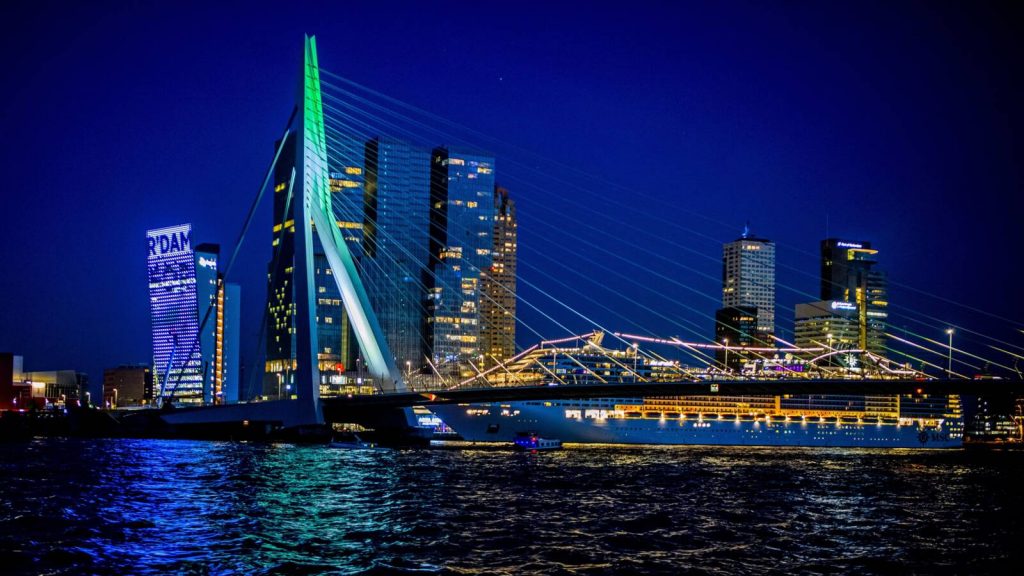 Listeners compose the Volgspot Hall of Fame for 65 years of the Eurovision Song Contest. Almost every evening they can choose from three songs from a specific country. The winning song will then be given a place in the hall of fame. In the coming weeks, a guest who is involved in the song contest will also be regularly invited. In the Eurovision week itself, the music spectacle naturally also plays a prominent role and the songs from the hall of honor will also be played.

Bert Haandrikman will be discussing the latest Eurovision news every day and chooses his favorite classics from his Eurovision single bin. On the socials, Haandrikman opens a Eurovision Song Contest Museum where he takes everyone through his extensive collection. 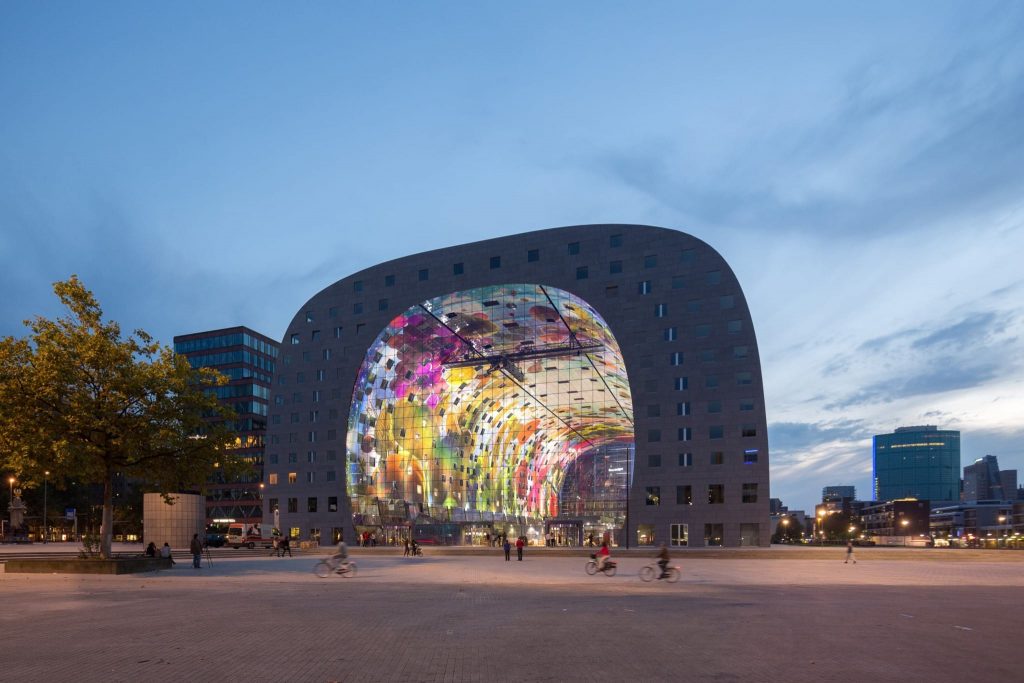 This special show is entirely devoted to the Eurovision Song Contest. Host Jan Smit receives the top artists Tania Kross, Rolf Sanchez, Romy Monteiro, Stef Bos, Buddy Vedder and Glen Faria who together will create a unique Eurovision atmosphere. They will all sing different Eurovision entries from the past decades in their own unique style and way. .

How did the Netherlands manage to win the Eurovision Song Contest again in 2019 44 years after “Ding-a-Dong“? Cornald Maas delves into the archives, shows unique material behind the scenes with Duncan Laurence and The Common Linnets and will be  showing a documentary about the Netherlands and the Eurovision Song Contest.  The documentary is about the long road that the Dutch had to go through in order to win the coveted Eurovision crown again He will be also speaking with former Dutch participants who left a mark behind and have played a key role in the Dutch Eurovision history, including Ilse DeLange, Ruth Jacott, Duncan Laurence, Edsilia Rombley and Getty Kaspers.

From the bustling Eurovision Song Contest  host city of Rotterdam, artists, led by two well-known pianists,  will be playing a musical game with the biggest Eurovision hits and the TOP 50 of the International Song Contest will be unveiled. 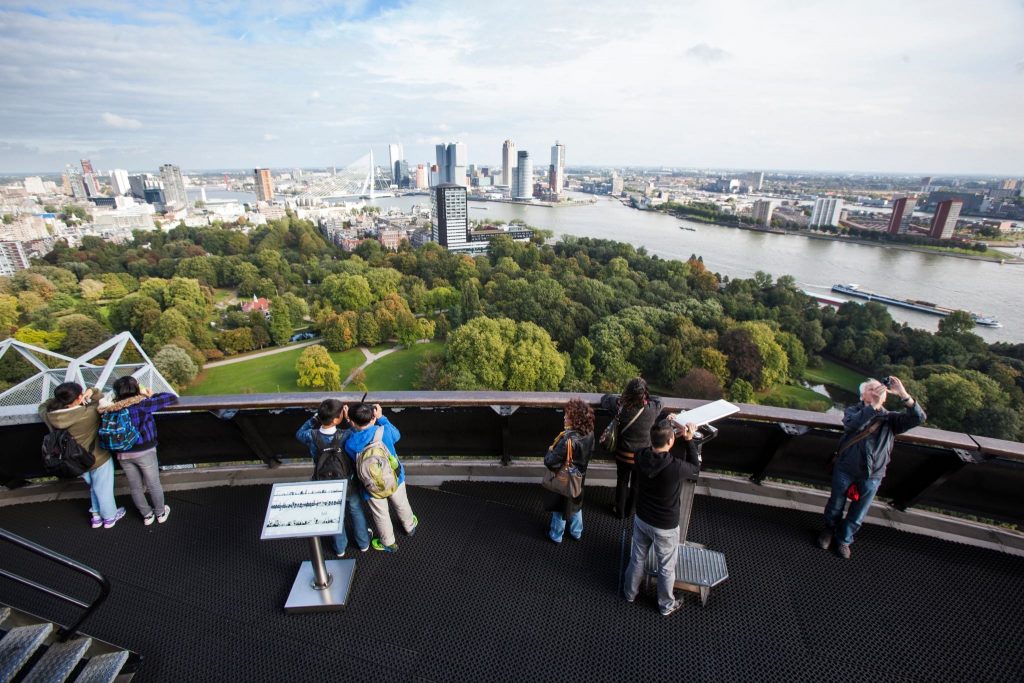 NPO Radio 2 will be reporting extensively from Ahoy in Rotterdam from early in the morning to late at night on all developments surrounding the Eurovision Song Contest with backstage reports, live performances and interviews with the competing acts.

Lunch Lekker with Daniel Dekker will be settling in Rotterdam all week. With relevant guests and interesting Eurovision facts. 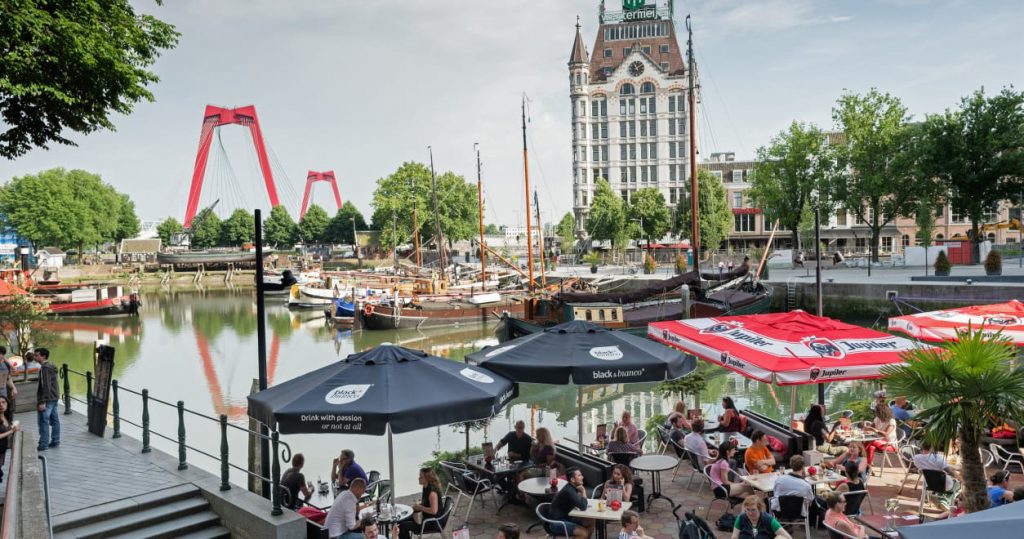 Presenter Buddy Vedder and junior reporter Matheu Hinzen will be giving the latest updates from the Eurovision Song Contest every school day. Matheu will be doing challenges with the international artists and will baking cakes with  Chantal Janzen and Edsilia Rombley’s children.

In addition, he will be ensuring that everything in Ahoy is in perfect order for the reception of the participating countries. Buddy will be bringing the latest Eurovision gossip, fun facts and social media updates from a studio overlooking the Rotterdam Erasmus Bridge.

The Eurovision Song Contest has had many special highlights over the years. Well-known Dutch people will look back on the most controversial moments. They will also looking at the participating acts in Eurovision 2021. Which countries countries will make it to Saturday ‘s Grand Final?  Rolf Sanchez, Berget Lewis, Sanne Wallis de Vries, Emma Wortelboer, Albert Verlinde, Sahil Amar Aïssa and Jeroen Kijk in de Vegte will attend the show.

Jeangu Macrooy representing the Netherlands at the 2021 Eurovision Song Contest with his song Birth Of A New Age. After the disappointment of the canceled event in 2020, Jeangu is again full of energy and resilience for his participation. In this documentary, the singer will be giving an insight on his preparations for Eurovision 2021 and the staging. 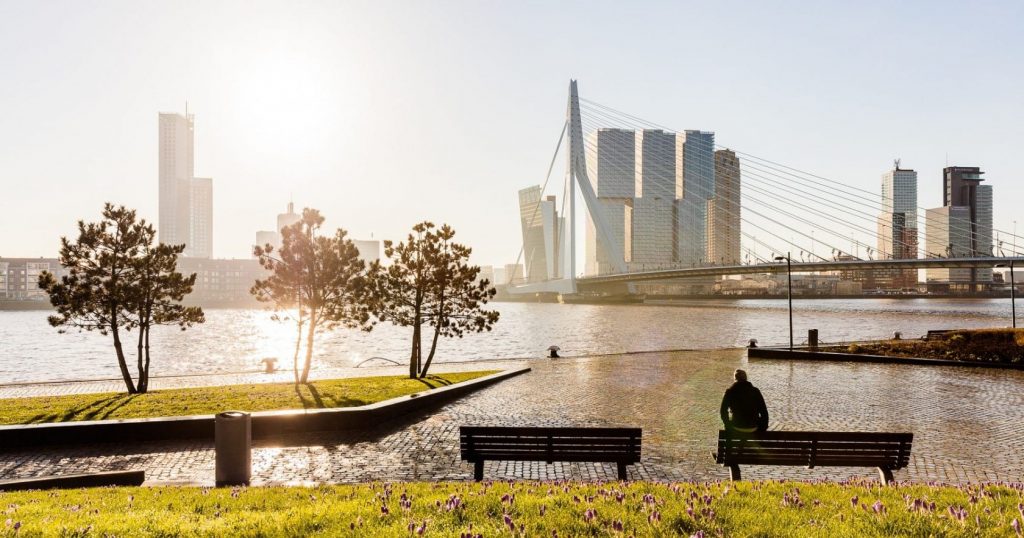 Live from Rotterdam, Rik van de Westelaken and his guests looking ahead to the Eurovision Song Contest. They  will be discussing the countries that will perform and switch backstage with the artists and presenters.

The time has finally come, the First Semi-final of the Eurovision Song Contest from Rotterdam Ahoy. Sixteen countries will compete on Tuesday May 18 for a place in the Grand Final on Saturday 22 May. Chantal Janzen, Jan Smit, Edsilia Rombley and Nikkie de Jager will present the largest song contest in the world. The commentary will be provided by Eurovision experts Cornald Maas and Sander Lantinga.

Het Grote Songfestivalfeest Concert. Never before have so many Eurovision celebrities been on one stage.  You will enjoy the best of the best that the Eurovision Song Contest has produced over the past 50 years. With performances by Dana International, Teach-In, Emilie de Forest, Ruth Jacott, Keiino, Lenny Kuhr, Nicole, Johnny Logan, Netta and Loreen, among others. The show is hosted Edsilia Rombley with an expert commentary by Cornald Maas. 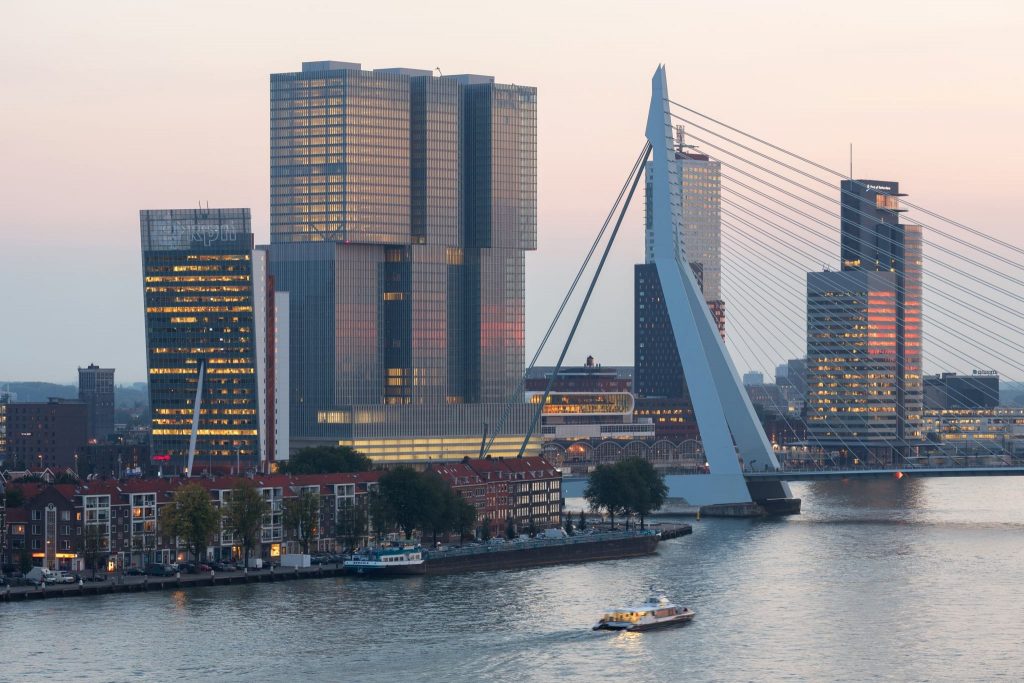 Live transmission of the Second Sem-ifinal of the Eurovision Song Contest from Rotterdam Ahoy. Which ten countries will manage to secure a place in the Grand Final? Chantal Janzen, Jan Smit, Edsilia Rombley and Nikkie de Jager will host the show whilst Eefje de Visser will be the interval act. Cornald Maas and Sander Lantinga will provide the commentary for the Dutch viewers

A show that was held in Oslo (Norway) in 1981 in celebration of Eurovision’s 25th anniversay: where winners of various Eurovision editions sang their respective winning entries once more accompanied by The Norwegian Radio Orchestra conducted by Sigurd Jansen. The show is hosted by  Titten Tei and Rolf Kirkvaag (This is a re-broadcast from 1981)

The basic rule is: if you win the Eurovision Song Contest, you have to organize it yourself. But what goes into producing the biggest musical live show in the world? In the documentary Operation Eurovision, the producers, presenters and the creative team are followed behind the scenes to make this “beast of a show” a great success. 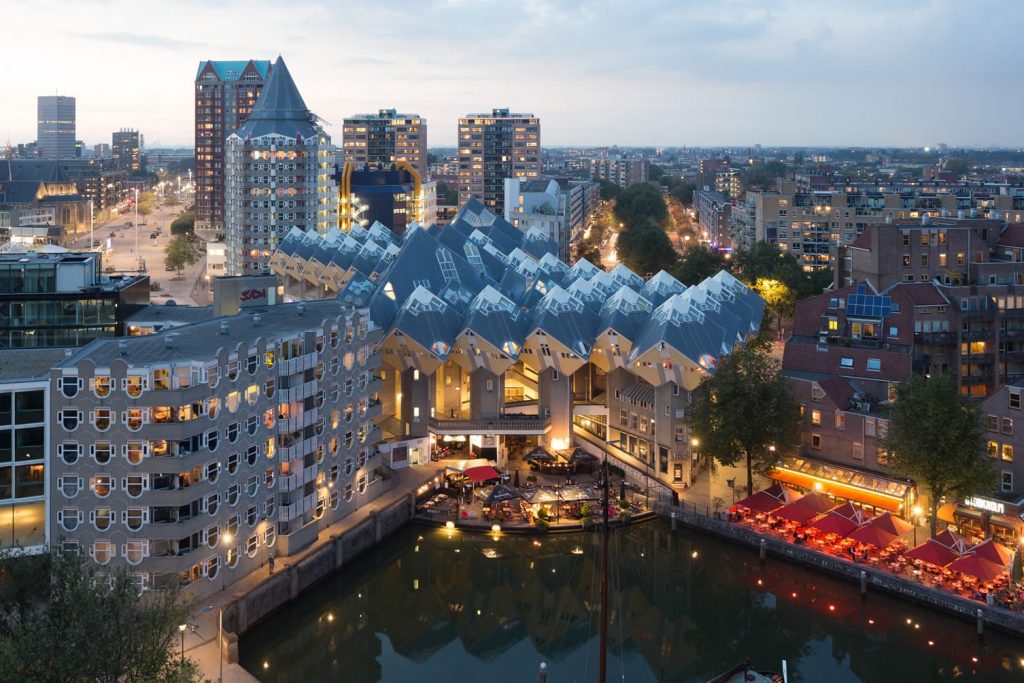 After 44 years, the Netherlands has finally succeeded in bringing the Eurovision Song Contest on home soil thanks to the victory of Duncan Laurence.

Chantal Janzen, Jan Smit, Edsilia Rombley and Nikkie de Jager will be hosting the 2021 Eurovision Grand Final.. Jeangu Macrooy will represent the Netherlands with his song Birth Of A New Age. Which country will claim the title and can receive the trophy from Duncan? Cornald Maas and Sander Lantinga will be providing the commentary for Dutch viewers.

In addition to the above programs, all performances by Dutch participants from the past can be found via npostart.nl/songfestival

Many of the Eurovision-related broadcasts can be followed worldwide via the BVN livestream, the BVN app and satellite. For an overview please check the following link: https://www.bvn.tv/esf/

The 2021 Eurovision Song Contest is scheduled on 18, 20 and 22 May at the Rotterdam Ahoy in Rotterdam, the Netherlands.