The British national broadcaster has unveiled its plan of action for Eurovision 2021 regarding its coverage for Rotterdam and line up. 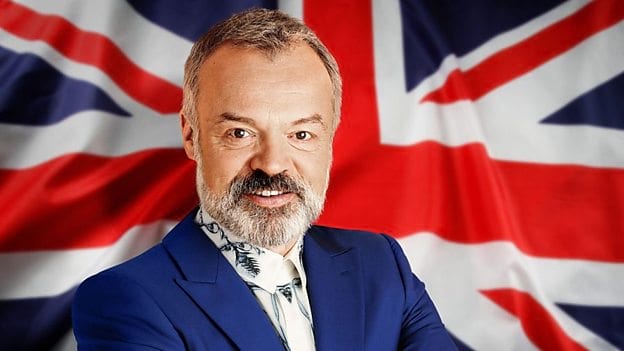 Brace yourselves Europe, as the Brits are coming in full force to Rotterdam! The British national broadcaster, BBC, is gearing up in full steam for the forthcoming 2021 Eurovision Song Contest with a grand line up.

We have a new spokesperson!

The BBC has also confirmed that Amanda Holden will be the UK’s spokesperson during the voting sequence at the Grand Final on Saturday 22 May. Amanda will be following the footsteps of Nigella Lawson, Mel Giedroyc, Richard Osman, Alex Jones, Cheryl Baker, Katrina Leskanich from Katrina & The Waves, and Lorraine Kelly.

I’m so excited for Eurovision to return, after the past year we’ve had it’s exactly the kind of joy the world needs. The UK have a great entry with James Newman and Embers, it’s a banger and represents everything that Eurovision is. It’s arguably the best night of the year and I can’t wait – bring it on!

Radio 2 is getting right behind Eurovision 2021 with shows galore to delight all the fans. We’re all so delighted the competition is back this year. On the night I’ll be presenting the live show from my hot seat at Wogan House – bringing listeners all the entries, all the drama and, of course, the ultimate winner! Will it be the UK’s year to finally win again? I can’t wait to find out!

There was a big Eurovision shaped hole in my life last year, so I am super excited to see what everyone brings to the table for 2021 – it’s the best time of the year! I am looking forward to being reunited with Scott for the semi-finals and to welcome Chelcee to the team! Plus Embers is an absolute tune – I can’t wait!

Eurovision week is my favourite of the year and I cannot wait for the biggest entertainment show on the planet to return! Although we won’t be in Rotterdam ourselves, Rylan, Chelcee and I will definitely make sure we’re still throwing the ultimate can’t miss celebration for this year’s semi-finals.

I am super excited to be joining the Eurovision family, I can’t wait to host the semi-finals alongside Scott and Rylan, it’s going to be awesome. I have always been a fan of Eurovision, and I can’t wait to be a part of it. I’m looking forward to seeing all the weird and wonderful performances, as well as cheering on my mate James who is waving the flag for the UK! James and I have written together for a previous Eurovision winner and we’ve also penned some songs for the Romanian entrant so he is the best person for the job. JAMES TO WIN!

What an honour to announce the UK’s votes this year. I’m utterly thrilled. It’s an ambition ticked after 45 years of watching it! Now, what to wear…

Andrew Cartmell will be the UK’s Head of Delegation for Eurovision 2021 in Rotterdam, whilst Lee Lee Smithurst will be the assistant HoD.

The 2021 Eurovision Song Contest will be broadcast live on BBC Four (Semi-finals) and BBC One (Grand Final).

The United Kingdom debuted at the Eurovision Song Contest in 1957 and has won the competition five times (1967, 1969, 1975, 1981, 199). The country has participated in the Eurovision Song Contest 62 times and has enjoyed great succes in Europe’s favorite television show. The UK hold the record of being the country who has placed 2nd the most times in the competition, namely 15 times.

James Newman will to represent the United Kingdom at the 2021 Eurovision Song Contest in Rotterdam with his entry ‘ Embers’.