The 2021 Georgian Eurovision hopeful, Tornike Kipiani, has released his Eurovision entry ‘You’.

Tornike Kipiani will represent Georgia at the forthcoming 2021 Eurovision Song Contest in Rotterdam with his entry ‘You‘. The 2021 Georgian Eurovision entry has been composed written by Tornike himself and is described as a mix of is a mix of rock, pop-rock and blues-rock.

The song has been arranged at Bravo Records Studio with the supervision of  Aleko Berdzenishvili. Gori Girls’ Choir, Aleko Berdzenishvili, Marian Shengelia and Mariko Lezhava have also participated in the recording of the 2021 Georgian Eurovision entry.

Tornike’s Eurovision staging in Rotterdam will  be directed by Emilia Sandquist, who was set to direct his staging at Eurovision 2020.

The official music video of ‘You‘ has been directed by Temo Kvirkvelia and has been filmed throughout Georgia Check out the 2021 Georgian Eurovision entry:

Tornike Kipiani was declared the winner of the Georgian Idol last December and was set to represent his homeland Georgia at the 2020 Eurovision edition in Rotterdam with his entrGeorgia: Tornike Kipiani releases his Eurovision entry ‘You’. 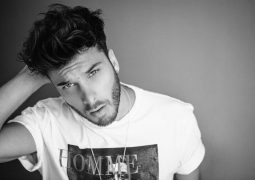