The  2021 Bulgarian Eurovision representative Victoria has kicked off her journey to the 2021 Eurovision Song Contest in Rotterdam, she partook in a special Eurovision Songwriting Camp in Bulgaria with a great line up of artists, composers and producers. 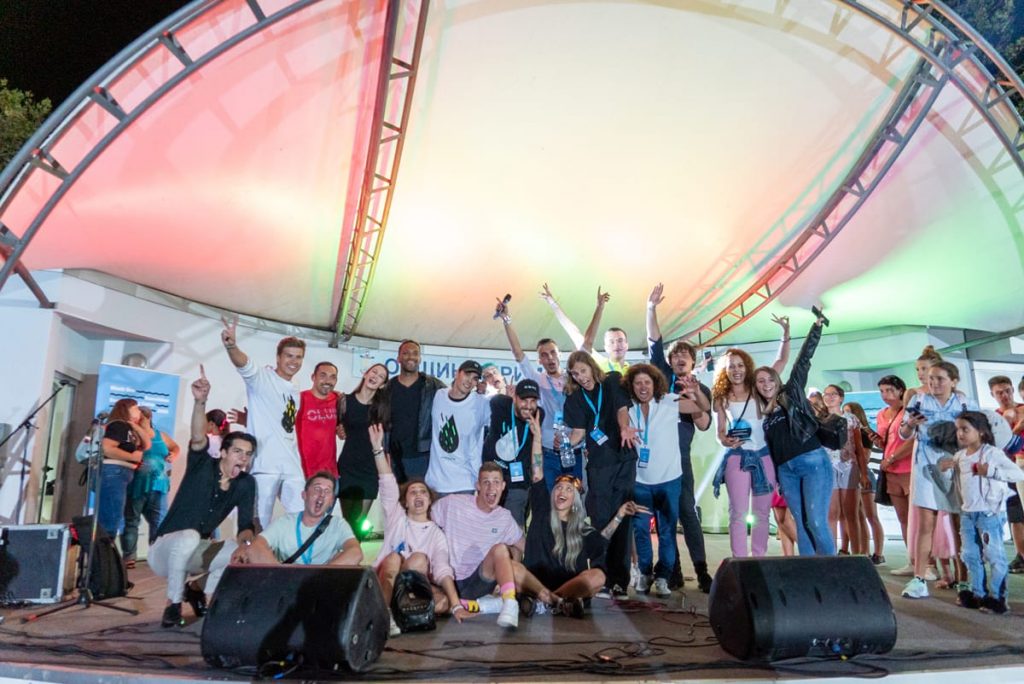 The 2020 Black Sea Eurovision Songwriting Camp was held from 16- 26 August in Burgas and Promosko (Bulgaria) gathering artists, producers, compsers, lyricists from far and near.

Check out video report from the Black Sea Eurovision Songwriting Camp, including interviews with Victoria, Borislav Milanov from Symphonix, Genoveva Christova from Ligna Studios, Cesár Sampson and Martin Masarov and parts of the performances from the two concerts in Burgas and Primorsko:

At Black Sea Eurovision Songwriting Camp I had the opportunity to work with many different artists, songwriters, composers – many different and colourful people. I think for now I have two favourites from the songs we’ve created that can be part of the Eurovision 2021 selection for Bulgaria. And I’m very happy that we’ve been able to write such strong songs. And I also have one that could make it into my upcoming album.

She also shared her gratitude on her Instagram to all organisers, songwriters, artists, sponsors and the hosts cities for making the songwriting camp a reality.

Ben Dolic, one of the favourites to represent Germany at Eurovision 2021 was also part of the Black Sea Eurovision Songwriting Camp 2020. He said on his Instagram:

Had an amazing time at the Black Sea Songwriting Camp! I got to write some of my favourite new tunes and work with a lot of talented people, but most importantly I made some great friends. And at the end, this is what matters most, when it comes to songwriting… having the right connection and vibe.Thank you to all the people involved, that worked their asses off for this one!

The organisers of the event are already in discussions for a possible Black Sea Eurovision Songwriting Camp in the summer of 2021. In the upcoming weeks Victoria will work on her new single release, which is expected in October, and will have sessions with new songwriting teams with whom she hasn’t worked before.

Victoria was set to represent Bulgaria at the 2020 Eurovision Song Contest in Rotterdam with her entry ‘Tear getting sober’.