The winner of the 1997 Eurovision Song Contest, Katrina Leskanich from the band Katrina & The Waves, has released the video clip for her latest single, Drive.

You can watch the video below:

Drive is a positive and uplifting song, which will strike a chord with many listeners who are longing for the freedom of a long drive; a return to a semblance of normality. “I was dreaming about a road trip,” Katrina says about her single “I love to take the car out, hit the road and just drive.”

The single was aired for the first time in July on The Ken Bruce Show on BBC Radio 2. Katrina says:

It’s the very first step in the whole process. Ken Bruce is right up there, so yeah, I’m absolutely delighted! I heard it on my way to the studio – one of the great moments in life! 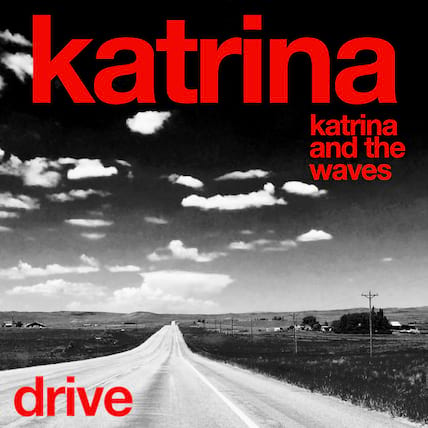 Drive was written by Katrina and the long-time guitarist in her band, Darren Loveday. Patrick McCarthy (bass) and Andrew Mapplebeck (drums) make the rest of the band. “It’s great to have a team of guys that you can count on”, she adds, “My English boys! We make a very good sound together. That doesn’t always happen, but it’s been so with them, and we have a lot of fun and they’re just incredibly good”.

Second single around the corner too

A little earlier, Katrina from Katrina and The Waves informed us about the release of the album’s second single I want to love again, which is expected tomorrow!

The second single from my album, Hearts, Loves & Babys is out this Friday and it’s called, ‘ I Want to Love Again’…

You can purchase the album Hearts, Loves & Babys from 28 August.