Athena Manoukian, the 2020 Armenian Eurovision hopeful, has released the revamped version of her Eurovision entry ‘ Chains of You’ along with its official music video. 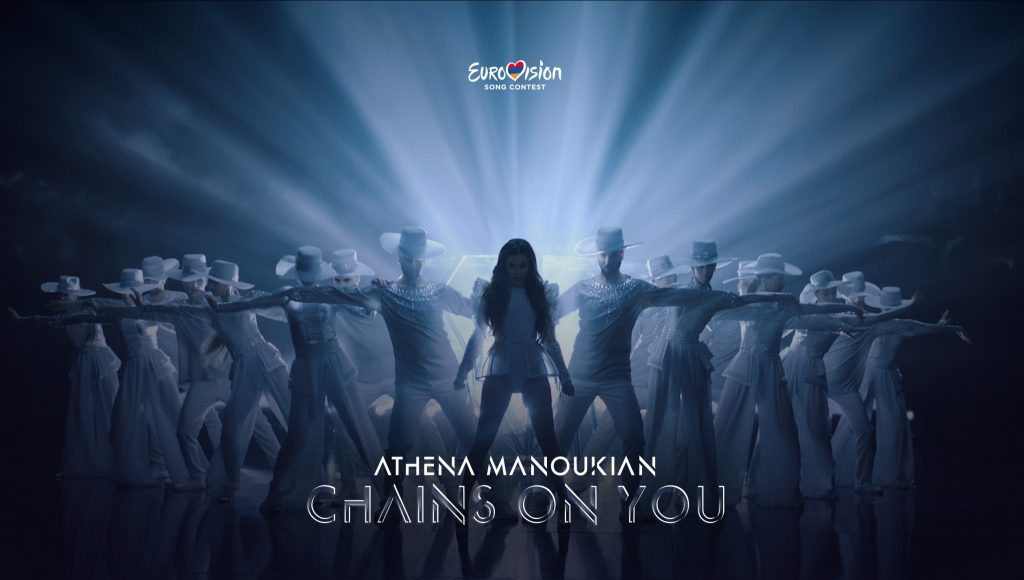 I’m very happy to present my music video to everyone and I really hope that fans all around the world will love it! We had only 2 weeks after Depi Evratesil to revamp the song and shoot the music video, and after days and nights of rehearsals and preparations I’m very excited to share the result of our work. It is truly a joy working alongside such a professional team and believe me, we have a lot more surprises coming up!

“Chains On You” has been composed by Athena Manoukian and DJ Paco and penned by Athena herself. The revamp of the song was produced by Armenian singer/songwriter Artem Valter.

Athena Manoukian is a 25 year old Armenian-Greek singer. Her first experience in the music industry was in 2007, when she participated in and won first prize at a talent contest called “This Is What’s Missing“. A year later, in 2008, she participated in the Greek national selection for the 2008 Junior Eurovision Song Contest with the song “To Fili Tis Aphroditis“.

In 2011, Athena released her first single named “Party Like A Freak“, which became one of the biggest hit singles in Greece and had over a million views on YouTube. Following the success of “Party Like A Freak“, which was nominated twice at the Video Music Awards, in 2012 she released a follow-up single “I Surrender“. She added a new song to her music discography a few months later, named “Na Les Pos M’ agapas“.

In 2014, Athena released the single “XO“, published by Warner/Chappell and Max MusicScandinavia, which instantly became a hit in both Greece and Armenia. She also won the ”Armenian Pulse Awards” competition for Best Song In English. In 2017, Athena wrote “Palia Mou Agapi“, performed by Helena Paparizou, the winner of Eurovision Song Contest 2005. Athena received a Platinum Disc for this song.

The following year, 2018, she did a guest live show appearance for The X Factor in the United Kingdom.
In February 2020 Athena won Armenia’s national selection Depi Evratesil with 168 points and will represent Armenia at the 2020 Eurovision Song Contest in Rotterdam.

Armenia has partaken in the contest 13 times and has competed every year since its debut with the exception of 2012 when the country decided to withdraw from the competition.

The Armenians have enjoyed much success in Eurovision, garnering a total of 7 top 10 placings in their 13 year Eurovision history.