A special draw was held today at Rotterdam’s City Hall in order to distribute the 35 semi-finalist countries into one of the two 2020 Eurovision Song Contest semi-finals, scheduled to be held on 12 and 14 May in Rotterdam.

The 2020 Eurovision Song Contest Semi-final Allocation draw was held today at Rotterdam’s City Hall and was conducted by Edsilia Rombley, Chantal Janzen and Jan Smit under the supervision of Mr. Jon Ola Sand (Eurovision Executive Supervisor on behalf of the EBU).

A total 35 countries were distributed into 5 pots and were allocated into one of the two semi-finals by a draw. During the the draw it was also determined in which half of the semi-final the allotted countries are to perform.

Another draw was held to determine which semi-final the Big 5 countries and the Netherlands are to vote in. 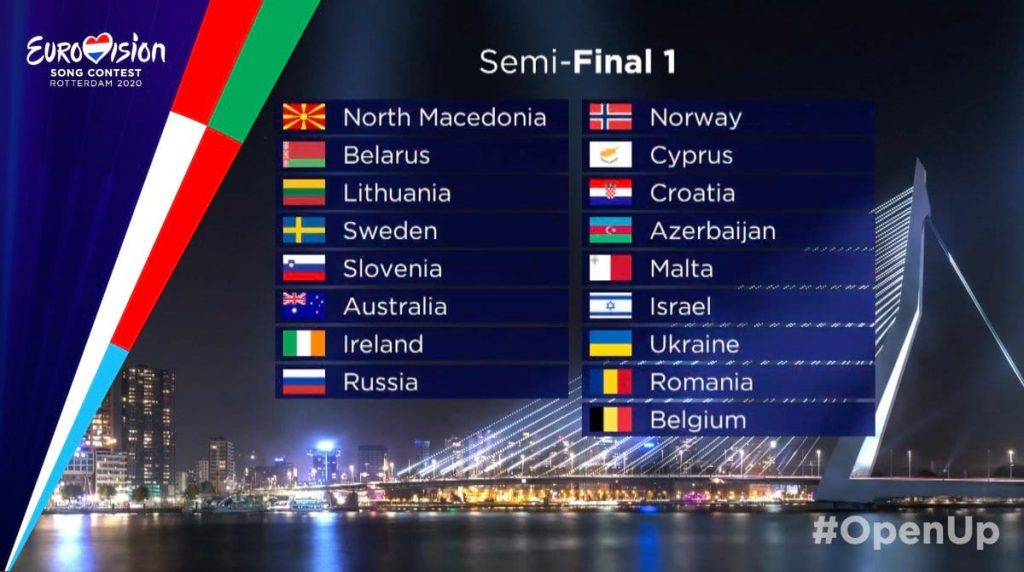 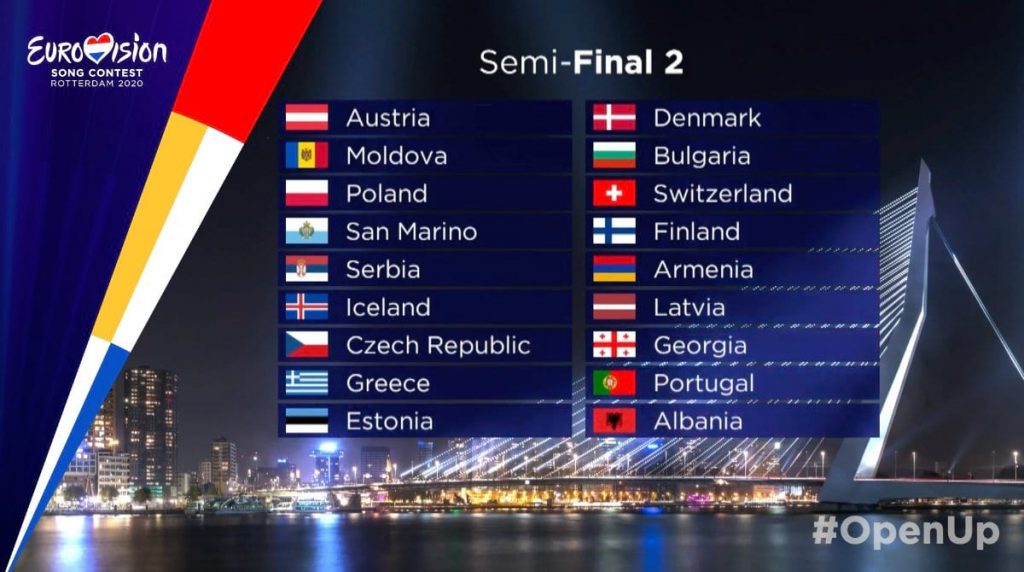 A special draw was also held in orde to determine the semi-final the BIG 5 countries and host country the Netherlands are to vote in.

The 2020 Eurovision Song Contest will be held on 12, 14, 16 May at the Rotterdam Ahoy in Rotterdam, The Netherlands.