Ryan O’Shaughnessy from Ireland will step it up at Eurovision 2018.

Young Eurovision hopeful Ryan O’Shaughnessy from Ireland is tackling a busy schedule, promoting his endearing ESC 2018 entry Together at various Eurovision party’s throughout Europe. Prior to his performance at event Israel Calling this past week, the singer-songwriter was interviewed by RTÉ Entertainment and gave some insight into his Eurovision-adventure.

Step it up on stage

Performing in  front of some 10.000 people in Tel Aviv was an intense and energizing experience for Ryan O’Shaughnessy, and a great warming-up for the Lisbon stage. He is enthusiastic about performing Together and promises to make his country and fans proud:

I felt confident about it from the start and I think I’m still on that wavelength. I’m trying not to overthink it too much and just do my best every time and practice makes perfect so the more we do it the better it’s going to get. I think what we’re going to do now is to step it up every time with our performance and by the time we get to Portugal we’ll have it nailed.

Ryan is enjoying the ride leading up to Lisbon 2018:

I might get an hour to sleep at some point. There’s two more parties to go and a London show before we get to Lisbon and a full week of rehearsals so it’s just go go go. I’m looking forward to the 13th of May and being able to just relax. The lead up to that is going to be really intense but I like being busy and it’s been a lot of fun.

Performing live at Rabin Square in Tel Aviv was a major experience and also a bit overwhelming, as there’s not much room to focus on other contestants:

When you’re performing like that you don’t really have much time to take in other people’s performances because you’re thinking about your own. It’s a bit selfish but that’s the way it is. I know there were a lot of really good performances.

Eurovision may be a contest, yet the overall theme is always creating unity within diversity. Ryan O’Shaughnessy affirms the musical kinship that binds the competing artists:

It’s kind of that way, yeah. Everybody’s getting along, there’s not so many false attitudes, everybody’s really positive and just happy to get along with one another which is really nice. There’s nothing worse that when people are trying to be something else.

So that’s really positive, I like that a lot and I’m making some really good friends, I’m gravitating towards some people more than others, and I think that’s just the whole spirit of the event. It’s a really lovely vibe.

We’re all travelling from country to country and we’re going to meet each other in different places, it’s a rare gathering, so I think everyone knows that and everyone feels that energy and it’s about really making the most of it. 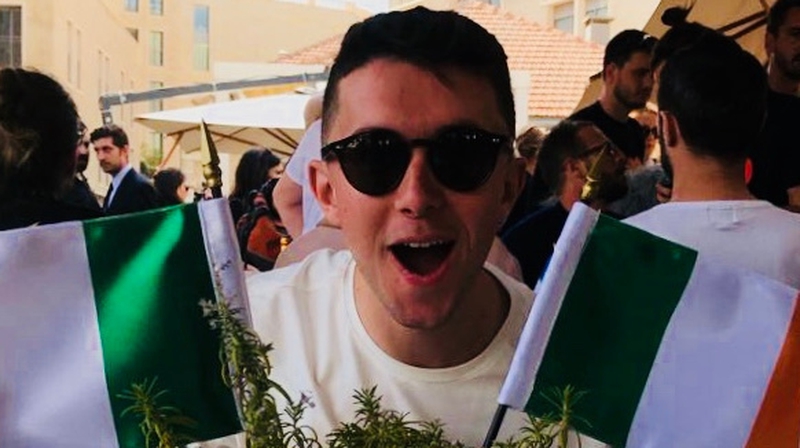 Who is Ryan O’Shaughnessy?

Ryan O’Shaughnessy (Skerries, Dublin, 1992) is an Irish singer-songwriter and actor. His uncle Gary O’Shaughnessy preceded him on the Eurovision stage, representing Ireland at Eurovision 2001 with the song Without your love.

Ryan comes from a musical family and became known to the public due to his role in the Irish soap series Fair City, in which he starred for nine years (2001-2010).

Pursuing his passion for music, Ryan O’Shaughnessy partook in both The Voice Of Ireland 2012 (joining team Brian Kennedy, Eurovision 2005) and Britain’s Got Talent 2012, contributing to his popularity. Afterwards he signed a record deal with Sony Music.

In 2013 Ryan O’Shaughnessy won the songwriting competition The Hit, surpassing his former The Voice-coach Brian Kennedy, and in 2015 he founded record label Bayview Records, based in Dublin.

He will represent Ireland at Eurovision 2018 with the intimate ballad Together, inspired by events from Ryan’s past relationship.

Ryan O’Shaughnessy will perform Together from position 18 in the second half of Semi-Final 1 on Tuesday 8 May 2018.