The 2018 Moldovan Eurovision hopefuls have announced the dates of their Eurovision promo tour. Cypriot Eurovision veteran Alex Panayi has joined the trio’s team.

DoReDoS will be kicking off their promo tour this weekend in Kaunas, Lithuania and will conclude in Madrid on 21 April. The trio will be travelling to Lithuania, Russia, Latvia, Estonia, United Kingdom, The Netherlands and Israel in the coming weeks. 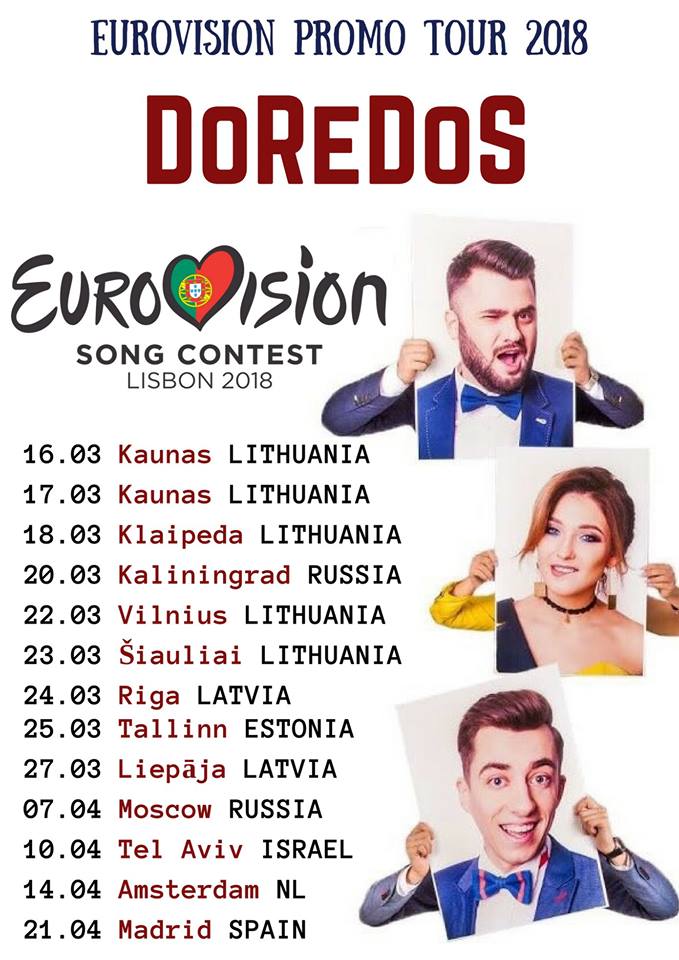 DoReDoS were the crowned the winners of the 2018 Moldovan national final last month and will defend the Moldovan colours at the forthcoming 2018 Eurovision Song Contest in Lisbon. Their Eurovision entry My lucky day has been composed by Philipp Kirkorov and penned by John Ballard.