Is Eleni Foureira heading to Lisbon for Eurovision? It seems that the Greek superstar has agreed to represent Cyprus at the forthcoming 2018 Eurovision Song Contest, according to local media reports.

Is the cat out of the bag? Will Eleni Foureira represent Cyprus at the Eurovision Song Contest?

After both Helena Paparizou and Tamta declined an invite to represent Cyprus at the 2018 Eurovision Song Contest, there seems to be some light at the end of the tunnel.

If the latest rumours and rejoinders about the sexy Greek singer’s potential Eurovision debut are true, many a Eurovision fan will be delighted to see Eleni Foureira on the Eurovision stage in Lisbon!

Greek news portal Alpha News is running a story, reporting that Cyprus has allegedly reverted to an internal selection in order to select its Eurovision representative for Lisbon, whilst its national broadcaster CyBC has invited Eleni Foureira to represent Cyprus at the forthcoming 2018 Eurovision Song Contest.

According to the latest reports, Eleni has reportedly recorded the song and has agreed to fly the Cypriot flag at the forthcoming Eurovision Song Contest in Portugal. CyBC, the Cypriot national broadcaster is expected to make an official announcement in due course.

The 2018 Cypriot Eurovision entry will be composed by Alex Papaconstatinou, the man behind several Eurovision entries; Greece 2007, Azerbaijan 2009 and Cyprus 2012. 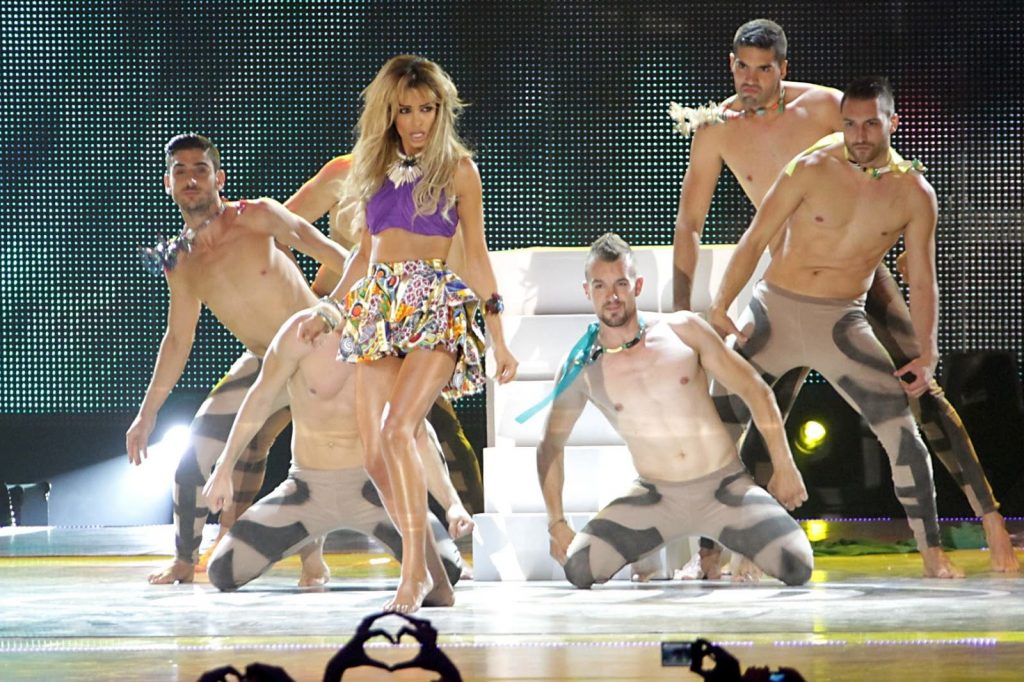 Eleni Foureira hails from the Albanian city of Fier where she was born in 1987. The Albanian-born Greek star has earned herself a place in the Greek music scene with her powerful voice and stage presence. She has released a total of 3 albums and has received numerous awards throughout her career.

Many of her songs and vide oclips have charted high and gone viral both in Greece and Cyprus: Pio erotas pethenis, Reggaeton, Pes to kathara, Come tiki tam, Ase me, etc.

The Greek supestar has graced the iconic Greek MAD Music Awards stage on numerous occasions, thus gaining much fame an recognition thanks to her charming and mesmerising performances.

Foureira is no new name when it comes to Eurovision, as she tried to represent Greece at the 2010 Eurovision Song Contest.

She competed in the 2010 Greek national final with Manos Pirovolakis and their entry Kivotos tou noa, narrowly missing out on representing Greece in Oslo, placing 2nd behind Alkeios’ Opa.

In 2013, she performed Wild dances along with Ruslana at the Greek national final. In 2015, she released the Greek version of the 2015 Israeli Eurovision entry Golden Boy (Sto theo me paei).

Aphrodite’s island graced the Eurovision Song Contest for the first time in 1981 with the group Island.

The Mediterranean country is yet to win the competition and achieved its best results in the contest in 1982, 1997 and 2004 when it placed 5th.

In 2017, CyBC went internal for a 3rd consecutive year and gave Hovig the honour to fly the Cypriot colours in Kyiv with his entry Gravity. He achieved a 21st placing in the Grand Final in Kyiv