French artist and 2008 Eurovision representative Sébastien Tellier has released the soundtrack for the original series A Girl Is A Gun, titled Lovely blonde.

Lovely blonde by Sébastien Tellier is the soundtrack for the new series A Girl Is A Gun, created by Mathieu Tonetti, and featuring Denise Richards, Nikki Leigh, Charlotte McKinney, Courtney Sinclair and Dey Young.

Lovely blonde has a mysterious yet sensual quality, evoking the theme of the series, which evolves around a group of young women who have apparently gone missing, only to have joined a secret guerrilla camp which fights injustice. 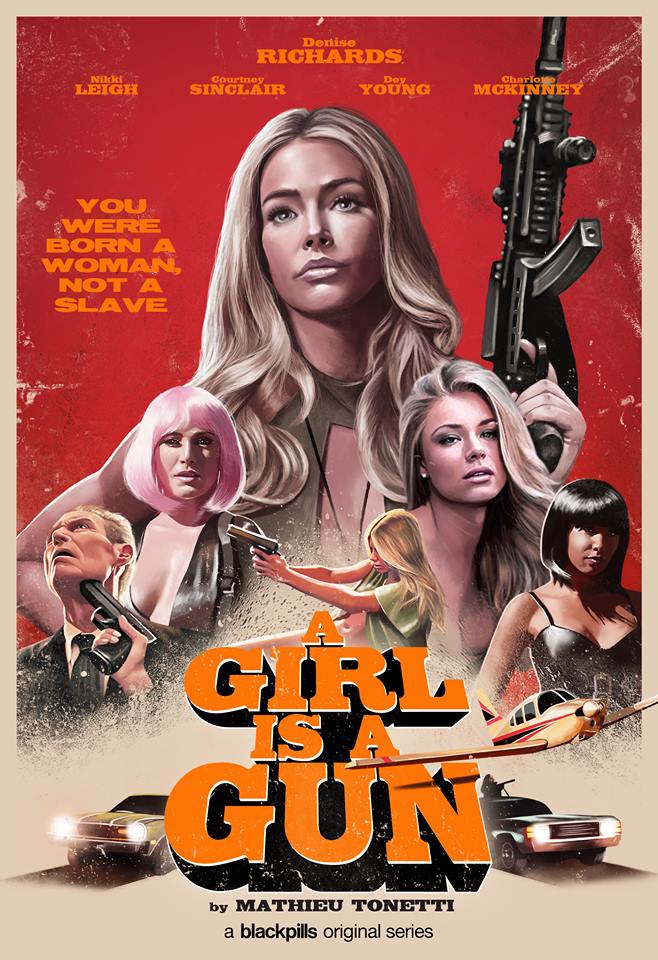 A Girl Is A Gun is available on Blackpills.

Sébastien Tellier (1975, Le Plessis-Bouchard) is a French singer-songwriter and multi-instrumentalist, performing in the genres electropop, synthpop and new wave.

Releasing his first album in 2001, Sébastien Tellier is known for his unique style. Samples of his music have been used in soundtracks for series and movies.

In 2008, Sébastien Tellier represented France at the Eurovision Song Contest in Belgrade, Serbia. With his entry Divine, sung in both French and English, he reached a 19th place in the Grand Final, earning 47 points.