The 2017 Azerbaijani Eurovision hopeful Dihaj has released her Eurovision entry along with its official videoclip. Dihaj will be flying the Azerbaijani flag in Kyiv with Skeletons.

Ictimai, the Azerbaijani national broadcaster has once again opted to go internal in order to select their Eurovision act and entry. Dihaj will have the grand honour of representing the Land of Fire with her entry Skeletons.

About Dihaj and her Eurovision entry 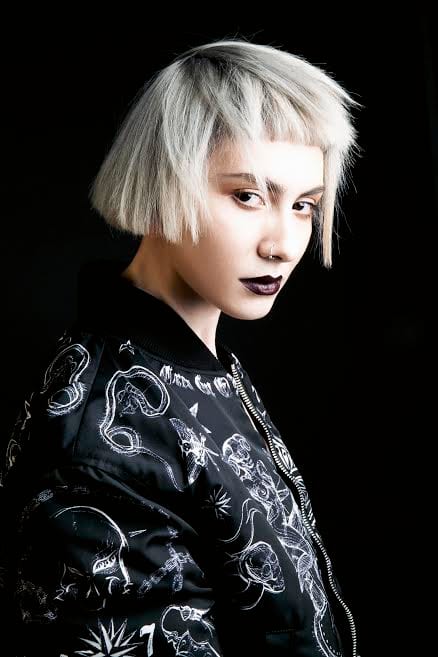 Dihaj is the stage name of Azerbaijani singer and musician Diana Hajiyeva. It’s taken from first letters of her name and surname. After graduating from Baku Music Academy in 2010 she moved on to The Institute of Contemporary Music Performance in London. While in the UK, Diana got involved with the local underground music scene by singing in a progressive trance trio called Looper & Mancus. Around that time, she decided to launch her own band.

As the lead singer of Dihaj, Diana has performed at numerous music festivals including Women in Paradise in Amsterdam, Tbilisi Open Air / AlterVision in Georgia and Kulturos Naktis in Lithuania. In 2015, Dihaj won the prestigious Caucasian Music Awards Phoenix as The Debut of the Year with the cover of Gecələr Keçir (Nights Passes)

Diana aka Dihaj will perform Skeletons at the Eurovision Song Contest 2017 in Kyiv. The song was written by famous Azerbaijani composer/producer Isa Melikov and Sandra Bjurman. They both previously worked with Eldar Gasimov and Nikki Jamal on their winning entry at Eurovision 2011. Isa’s creative vision brought to life songs for Dima Bilan and Aysel. Sandra also helped to write Elnur’s Hour of the Wolf, Safura’s Drip Drop and Maria Yaremchuk’s Ukrainian entry song Tick-Tock.

Azerbaijan debuted at the Eurovision Song Contest in 2008 and has won the competition once, namely in 2012 with Eldar and Nikki’s Running Scared.