Russian superstar Sergey Lazarev is currently enjoying massive success in his homeland Russia, his Eurovision entry You are the only one is currently charting at #1  on MUZ TV.

MUZ TV is one of the most popular Russian music television channels. The 2016 MUZ TV Awards are scheduled to be held in Moscow on Friday 10 June and will be aired live at 17:00 local time on MUZ TV. Sergey Lazarev has been nominated in various categories, including best album.

Sergey’s Eurovision entry You are the only one has become a massive hit in Russia and is enjoying great success. The song has gone up to #1 on the MUZ TV charts. 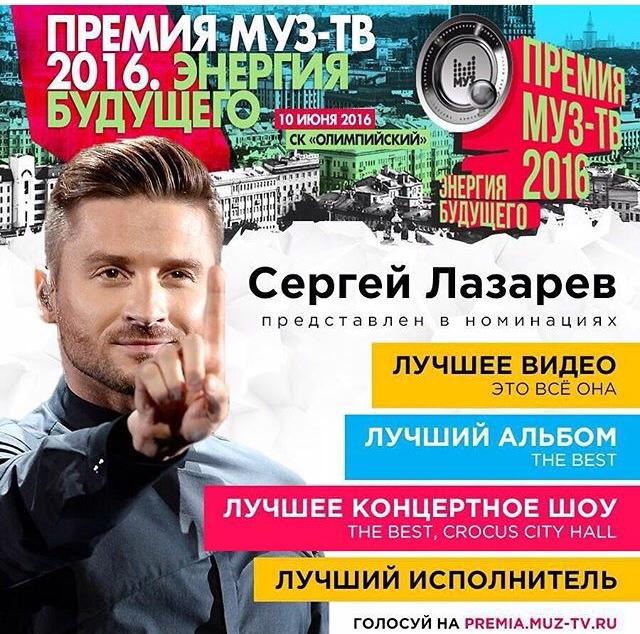 Sergey Lazarev is amongst the most sought after artists in Russia today. He represented Russia at the 2016 Eurovision Song Contest with his entry You are the only one, achieving an honorable 3rd placing with in the grand final in Stockholm.

The 2017 Eurovision entry was composed by the internationally acclaimed dream team consisting of  Dimitris Kontopoulous (Greece) and Philip Kirkorov (Russia).