Amid the media speculation and frenzy afflicting Sweden these days regarding the 2016 Eurovision Song Contest host city race, ESCToday decided to contact one of the hot contenders to host the event, namely Göteborg.

ESCToday contacted Göteborg & co and asked them about their potential ESC 2016 bid. They confirmed Göteborg’s Eurovision 2016 bid and told ESCToday:

Yes we are bidding to host the forthcoming  2016 Eurovision Song Contest. We would very much like to host the 2016 ESC next year. We entered the bidding race back in 2013 to host the 2013 ESC, but our venue the Scandinavium was fully booked on those dates. This time we have secured the city, the venue  the Scandinavium and the hotels. We are fully prepared to welcome Europe and host the ESC next year. We have the political backing from the city of Göteborg and the support of the Göteborg’s people.

ESCToday has learned that Göteborg is very keen to host the event and would embrace the contest if it were to host it. Göteborg could be a very strong contender: the Scandinavium is right in the city center and is well connected with the transport system, the city has the required hotel capacity. All the required infrastructure for hosting the event including the press centre, hotels, transport system etc would be in close proximity to the potential venue.

Hence Eurovision in Göteborg would be a warm and close-knit event with everything under the same roof. Göteborg’s airport is also well connected with around 60 direct international destinations.

The Scandinavium is well known to Eurovision fans as it hosted the 1985 Eurovision Song Contest. The venue has a capacity of 10,000- 12,000 persons when it comes to a live musical event. The Scandinavium has also housed the Melodifestivalen heats on numerous occasions.

The last time Göteborg bid to host the Eurovision Song Contest was back in 2013 when Malmö was awarded the honour to host the event, the Scandinavium was fully booked. This time there are no obsctacles. The city has a great hotel capacity which will also back Göteborg’s bid.

SVT is currently in talks with the various cities and potential venues. Within the next few weeks all interested bidding cities and venues will have to submit their respective applications to the Swedish broadcaster, hereafter SVT will study and evaluate all bidding applications. The Swedish broadcaster is expected to make an announcement regarding the 2016 Eurovision host city by mid-July/early August.

So far Stockholm is bidding to host the Eurovision with 3 potential venues; the Friends Arena, the Tele 2 Arena and the Ericsson Globen Arena, Sandviken with the Göransson Arena,Göteborg with  Scandinavium, Linköping with the SAAB Arena and Malmö with the Malmö Arena.

Stay tuned to ESCToday for the latest news on the 2016 Eurovision Song Contest. 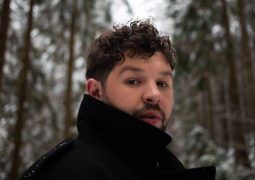