The Spanish press reports today about the death of Juan Carlos Calderón, the composer behind the hit “Eres tu” performed by Mocedades. The group competed with the song in the 1973 Eurovision Song Contest where it placed second.

In 1973 he composed the Spanish entry in the Eurovision Song Contest. The song “Eres tu” performed by Mocedades finished 2nd in the contest but afterwards it became a smash hit in Spain and in the United States selling more than 1 million copies of the disc. He also composed the 1985 and 1989 Spanish entries performed by Paloma San Basilio and Nina.

The Esctoday.com team offers their deepest sympathy and condolences to the family and friends of Juan Carlos. 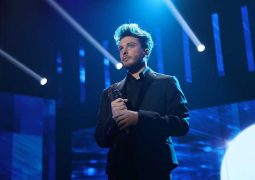