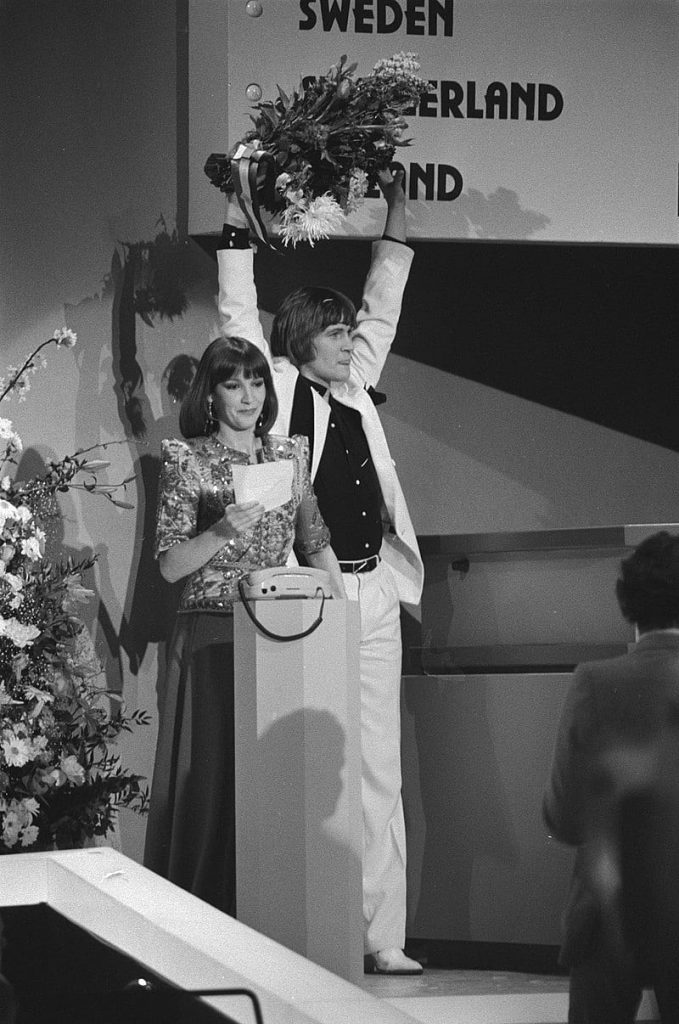 The 1980 Eurovision Song Contest was held in The Hague, the Netherlands on the 19 April and organized by Dutch public broadcast NOS.

NOS stepped in to host the 1980 Eurovision edition as Israel’s IBA declined to host the event for a second consecutive year.

The Dutch welcomed the Eurovision bandwagon for the fourth time having hosted the event in Hilverum (1958), Amsterdam (1970) and The Hague (1976) before.

Each country sent in its own presenter to introduce its respective act.

You can watch the 1980 Eurovision Song Contest today:

Johnny Logan won the 1980 Eurovision Song Contest for Ireland with his evergreen entry ‘What’s Another Year‘.