The King of Russian music, Philipp Kirkorov, is back in the game, and this time it’s for Moldova! He is the man behind DoReDoS’ potential bid to represent Moldova at the 2018 Eurovision Song Contest in Lisbon.

The Moldovan trio will be competing at the 2018 Moldovan Eurovision national selection, O Melodi pentru Europa, with their entry My lucky star, in their quest to fly the Moldovan flag at the Eurovision Song Contest.

Philipp Kirkorov has produced many Eurovision entries throughout the years and has an excellent record as his songs have all placed in the Top 10.

Will it be 3rd time lucky for DoReDoS?

This will be the group’s third attempt to represent their homeland at Europe’s favorite television show.

They are back in the Moldovan national selection with an ethno Balkan entry My lucky day. The song has been composed by Philipp Kirkorov, whilst John Ballard is the lyricist of the song.

Philipp was charmed by the group’s performance at New Wave 2017 and posted the following message on his official Instagram account:

I was very impressed by the DoReDoS group from the moment I first saw them on the New Wave in Sochi. They are charismatic performers who are good on stage. In addition, they have strong voices. This is rare in our days. When I see this kind of artists I feel I am obliged to help them, exactly as Alla Pugacheva helped me when I started my career.

I’ve already worked with Dima Koldun from Belarus, Ani Lorak from Ukraine, Sergey Lazarev from Russia, and now I’m very happy that I can support DoReDoS by writing along with John Ballard (the author of the text) the song My lucky day, with which we want to try to win the right to represent Moldova at the Eurovision Song Contest. I hope that you will enjoy the song, as we did recording it, and if we will have the opportunity to present in May the show we have in  our minds.

I was very impressed with “DOREDOS” @doredos_official @sergiu_mita_doredos @eugeniuandrianov from the first moment I show them in the “NEW WAVE” @newwave_official festival in SOCHI: Charismatic performers with a great attitude on stage and with very strong voices.Something so rare in our days. When I see this kind of artists I feel I am obliged to help them exactly as Alla Pugacheva @alla_orfey helped me when I started my career. I have done it before with Dima Koldun @koldunmedia from Belarus( in 2007), with Ani Lorak @anilorak from Ukraine( in 2008) , with Sergey Lazarev @lazarevsergey(in 2016) and Tolmachev Sisters @anastasiyatolmacheva16 @mashatolmacheva16 (in 2014)from Russia and now I am happy that I am able to support “DOREDOS” by writing together with John Ballard(lyricsist) the song “MY LUCKY DAY” with which we will try to represent Moldova in the Eurovision Song Contest @eurovision . I hope you will all enjoy the song as much as we enjoyed it when we recorded it and that we will have the opportunity in May to present the show we have in our minds. You can find a link to the lyric video of the song on my profile page. #Eurovision #Doredos #MyLuckyDay

The 2018 Moldovan national selection will consist of a total of 2 shows scheduled to be held on 22 and 24 February in Chișinău. 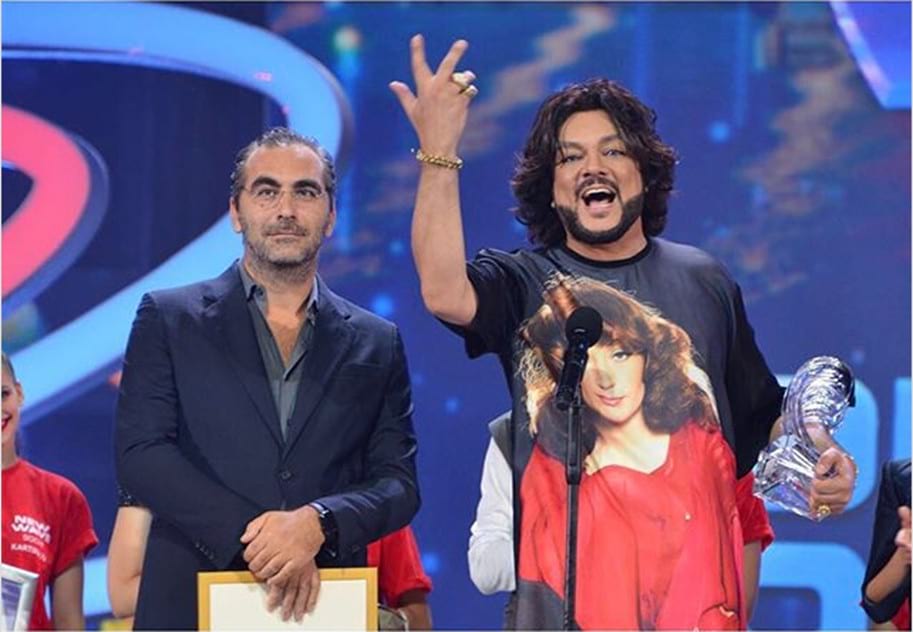