Nadav Guedj, the Israeli representative for this year’s Eurovision Song Contest, has just released his second single – Summer together.

The song is written by Doron Medalie and produced by Yinon Yahel – the team who also stood behind Nadav’s Eurovision song Golden boy. More contributors to the song are Meital de Razon who finished third in Kdam Eurovision 2013 and The Ultras, who also took part in the Kdam that year.

Summer together is the official theme of Summer Love 2015 which is the annual summer event for teenagers aged 15-18 sponsored by Coca Cola in Israel.

Watch the official videoclip of Nadav’s Summer together here:

Stay tuned to ESCToday.com for more updates regarding the Eurovision Song Contest. 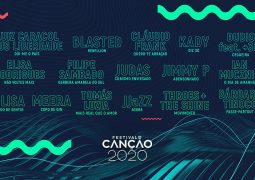